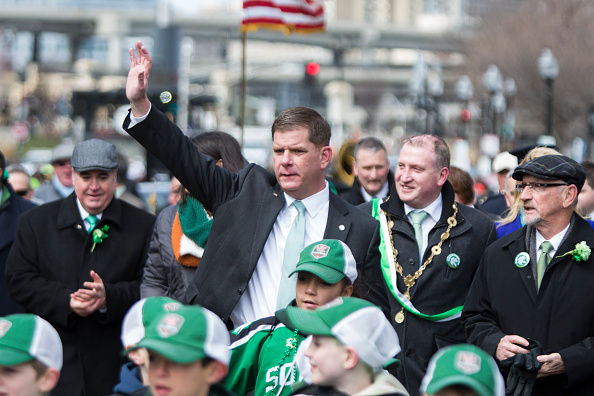 The $2.08 billion capital plan that Mayor Martin Walsh unveiled last week highlighted a slew of infrastructure projects in Dorchester and Mattapan, including school and library repairs, park investments, and a new firehouse for Meetinghouse Hill.

“This plan prioritizes investments in Boston’s neighborhoods and is a direct reflection of the feedback we received from thousands of residents who contributed ideas to our planning processes,” Walsh said in a statement. “I am proud that we are able to put the wheels in motion to begin investing in projects that are important to Boston’s people, and that will prepare our city for a year of groundbreaking success.”

A major ticket item for Dorchester, the new Engine 17 fire station, was slated for $13 million in FY17’s budget and is now allotted $19 million across five years. Fire officials say the station is sorely needed to support one of the busiest fire companies in the city.

The centrally located hilltop fire station is not in the most convenient location, with the Fire Department in talks with First Parish Church about the possibility of constructing the new station on vacant church-owned property closer to the Winter Street intersection.

Education is a hallmark of the FY18 budget, for which the city rolled out capital and operating plans separately this year, guided by the citywide planning study Imagine Boston 2030. Walsh has committed $1 billion in facility investments over the next decade for Boston Public Schools buildings. Five schools would receive a collective $9.8 million for roof or boiler repairs, including replacing roofs at the McCormack and Dever schools and replacing boilers at Boston Latin School.

About $2.5 million for security improvements would go in part to the Everett School, the Rev. Haynes Early Education Center, the Murphy School, the Henderson School, and the Chittick.

A $29.9 million window replacement program for seven schools is under way, including work at the Community Academy of Science & Health, TechBoston Academy, and Young Achievers K-8 School.
The Mattapan Early Elementary School, which remains operational through June as the Mattahunt school, receives $1.2 million in the proposed budget for renovations.

Several Dorchester library projects have been given boosts in the proposal, which sets aside $18 million across multiple years for site acquisition, design, construction, and furnishings for a new branch library at Uphams Corner. The budget also proposes a $94,000 investment in an interior reconfiguration project at the Lower Mills Branch Library.

The plan includes a $12.1 million investment to conduct a facility assessment, develop a building program, and support the construction of a new facility for the Fields Corner Branch Library. A study is under way to assess the value of a $12.6 million investment for a new branch library on Adams Street.

The mayor’s office maintains that accessible neighborhood green space is an ongoing priority, with $1.2 million of a $3.7 million renovation of McConnell Playground already allocated for this fiscal year. In FY18, the Doherty-Gibson Playground would receive $400,000 to repair or replace field floodlights and upgrade the electrical system. Downer Avenue Park would be given $1.15 million for an overall refurbishment. The former Hopkins Street Garden is slated for a $50,000 investment in to design the Odom Serenity Garden.

Mattapan is less robustly served by proposed investments, benefitting from the broader $5 million pathways investments in Franklin Park and the $3.7 million renovation of nearby Harambee Park in Dorchester. Walsh has also committed to a $28 million investment funded by the sale of the Winthrop Square garage to fully renovate Franklin Park, the city’s largest green space.

BCYF projects in Mattapan are budgeted for multi-million-dollar boosts. The Gallivan Community Center is slated for $2.96 million in improvements, and the Mattahunt Community Center would see a $1.9 million investment for an interior refurbishment and $500,000 to improve exterior lighting, which would conclude in FY18.

Read the original article in the Dorchester Reporter