After A Dark Past, Boston’s Urban Renewal Agency Is Building A Citizen-Led City For The Future 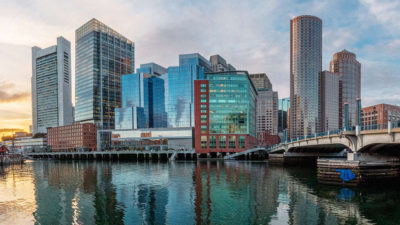 When Martin J. Walsh was sworn in as the mayor of Boston on January 6, 2014, he ushered in the city’s first new administration in 20 years. Boston is an establishment city. It’s home to some of the oldest institutions in the country, and traditions and culture run deep—and not always toward the future.

Walsh ran his campaign on the promise of progress. Central to the longtime labor leader’s ambitions was reforming the Boston Redevelopment Authority (BRA), founded in 1957 as Boston’s urban renewal engine and economic development corporation, and infamous for its abuse of eminent domain to bulldoze neighborhoods and displace people from their homes. Speaking to Next City, Jim Campano recalls “one of the most infamous acts of America’s urban renewal era: when, in 1958, the BRA seized nearly all of the working-class West End neighborhood, evicted its 7,500 residents, and tore all the housing down to build middle-class apartments. “It felt like they took part of you when they took your neighborhood,” Campano said.

Part of why the BRA was able to plow through neighborhoods in the way that it did for so long is due to the agency’s unusual role in the city: Unlike the development agencies in other cities, which are by and large separate from the local government (New York’s Economic Development Corporation, for instance, operates as a nonprofit), the BRA is self-funded but reports directly to the mayor, and as Rachel Slade notes in Boston magazine, “this town’s mayors, most recently Mayor Menino, have long recognized that the BRA gives them unusual power to shape the city exactly as they want.” This insular dynamic led to developments that have not responded to the real needs of the city. Slade writes: “Much-needed housing and civic buildings haven’t been built. Characterless towers have gone up on prime waterfront lots. And planning ideas that could have transformed the city into a national model for 21st-century development have died on the vine.”

When Walsh took office, he recognized that reforming the agency would be crucial to regaining residents’ trust, and pointing the city toward a more modern and sustainable future. In a press release from last March, in which the mayor announced that the BRA would issue a Request for Proposals for a strategic overhaul, Walsh said: “This is another opportunity to improve city government and take a hard look at an agency that has a difficult legacy to overcome. We are committed to transparency and accountability as we move forward, and creating a new identity for the Boston Redevelopment Authority will be an important symbol of change that underscores this progress.”And last fall, the BRA was reborn as the Boston Planning and Development Agency (BPDA) with the help of the design firm Continuum. The agency’s new website is sleek and user-friendly; on the home page, it greets visitors with the message: “[This website] redefines what we do, why we do it and how we go about our work. While this website does not cover every single aspect of our complex organization, it provides tools that will ensure that we lay a strong foundation and live up to our responsibilities to the city and people of Boston.” In other words, it’s an apology for 60 years of failing to do just that.

“We’ve spent a lot of our recent history trying to right the wrongs of our past,” Heather Campisano, chief of staff for the BPDA, tells Fast Company. Campisano has been at the agency for 20 years, and has witnessed firsthand how the agency’s reputation for demolition and displacement has earned it the distrust of Boston’s residents, especially those in lower-income areas who fear their homes and neighborhoods, like so many before them, will be bulldozed in the name of “urban renewal.” Steve Fox, a 30-year resident of South End, voiced his concerns to Next City: The BRA, Fox said, has the authority to do whatever it wants, adding that “we as neighborhood people have no recourse.” A 2015 audit of the then-BRA by McKinsey & Co. cited low internal and external transparency, an inconsistent project-review process, an incohesive organizational mission, and, for an agency that approves around 52 projects per year, a dearth of planning and coordination.

While the new BPDA is emerging, humbled, from its overhaul, it’s not completely shedding its old forms. When the BRA was founded in the 1950s with a mission to rebuild blighted parts of the city, it designated certain then-blighted areas of Boston–totaling around 3,000 acres–as urban renewal zones, over which the agency could exercise various revitalization tools including eminent domain, but also affordable housing requirements and other land use controls, which, in recent years, have resulted in inclusive housing developments and community health centers. Under the leadership of BPDA director Brian Golden, the agency campaigned in 2015 for the City Council to extend its urban renewal powers over these areas for another 10 years. The compromise reached in March of 2016 was that the agency would retain jurisdiction over these areas for another six years, but under increased oversight from the City Council, who will nudge the agency to slowly ease control; the land would then fall under the jurisdiction of the city’s zoning board.Going forward, the BPDA is on a mission to show that urban renewal doesn’t have to mean displacement. The idea of working with a design firm to reimagine how the agency relates to communities and the city as a whole stemmed from the understanding that channels of communication between the two were broken (or perhaps never existed), and needed to be repaired.

Continuum, based in Boston, was founded in 1983 with a focus on medical product design and experience. Since then, it’s moved more into organizational design and transformation, which is how it landed the BPDA project. “We typically focus on industries and institutions that have large, complex problems, that have kind of gotten away from their end user,” Jon Campbell, the senior vice president of experience and service design at Continuum, tells Fast Company.

What made Continuum stand out when the then-BRA put out an RFP for overhaul proposals was the fact that “we see culture and brand identity as two sides of the same coin,” Campbell says. It wasn’t enough to just design a new logo and a website for the agency (which they did); Continuum developed an overarching strategy to apply human-centered design thinking to every aspect of the BPDA’s operations, with internal and external transparency as the end goal.“The first step is putting yourself in a user-centered contextual space and really understanding and empathizing with the residents,” Campbell says. From that vantage, the original name–the Boston Redevelopment Authority–rang sour. “Authority” stripped residents of agency, but the new name, the Boston Planning and Development Agency, hopes to return it to them by positioning the BPDA as the enactor of change that happens as much because of resident input as it does internal decision-making.

Inside the BPDA, the agency is going through a concurrent culture shift. Part of Continuum’s plan for the agency was to establish firmer and more open lines of communication between departments and employees. There was a recognition that the inner workings of the agency needed an overhaul as much as its relationship with the city, Campisano says. “It really started with pointing the finger back at ourselves.” Continuum engaged the BPDA staff in workshopping a set of internal communication principles that would guide the development of the overhaul, and assigned staff members to teams to ensure that the four principles–to engage communities, implement new solutions, partner for greater impact, and track progress–are being met. Continuum also created a map of everyone in the agency that was rolled out at an internal staff meeting and distributed to foster greater connectivity within the agency.

For the BDPA, Continuum also created a set of guidelines specific to each of Boston’s 26 neighborhoods and labeled each with a “fingerprint” that mimics the unique street layouts in the different districts. “In talking with residents and stakeholders, it became very apparent that it was important that new developments respect the individual character of the neighborhoods,” Campbell says. To that end, the agency is making an effort to ensure their community meetings are well attended. The problem before wasn’t lack of meetings: The BRA hosted around 400 meetings per year. The problem was awareness and convenience. The meetings were not well publicized, and held at times that only worked for the nine-to-five subset of the population. The new site allows residents to sign up for alerts on all projects (filterable by neighborhood), and contains complete information and contact details for in-process plans and developments.

The idea of turning planning and development into a two-way conversation between residents and the BPDA will take a while to catch on, and longer to be trusted. Just months into the rollout, the agency still has some skeptics who worry their input won’t be enough to stop land seizures. In a statement in late 2014, Golden refuted that idea, saying: “If I felt that today’s approach to urban renewal came anywhere close to being that heavy-handed, I wouldn’t support its continued use.” And with channels of communication to the agency more open, and its internal workings more exposed to the public (the agency’s site has a road map, against which interested parties can track its progress), residents will have much more recourse to make their opinions heard before developments are green-lighted.

So far, at least, the BDPA’s strategy seems to be falling into place. Brendan Kelleher, a six-year resident of South Boston, had long wondered about the old Edison Power Plant at the end of his neighborhood. Now defunct, “it was kind of an eyesore,” Kelleher tells Fast Company. Through a neighborhood listserv, he learned that the BPDA would be hosting open houses at the site to solicit resident feedback for its redevelopment. He, along with around 60 other locals, visited the site on a weekend morning; he heard residents voice concerns about parking and housing affordability, and learned about plans for transforming part of the property into a public green space.

The plan for the property is far from being finalized. On the BPDA website, the agency writes that they’re inviting residents to view the site in the hopes of engaging the South Boston community and determining their interests and aspirations for housing, amenities, and public space–a far cry from the one-sided redevelopment decisions of the 1950s that bulldozed Campano’s neighborhood. “They were very conscious about building something that wasn’t just going to be a commercial success for the developer,” Kelleher says. Kelleher put down his email address; he says he plans to stay involved in the process as the property transforms.