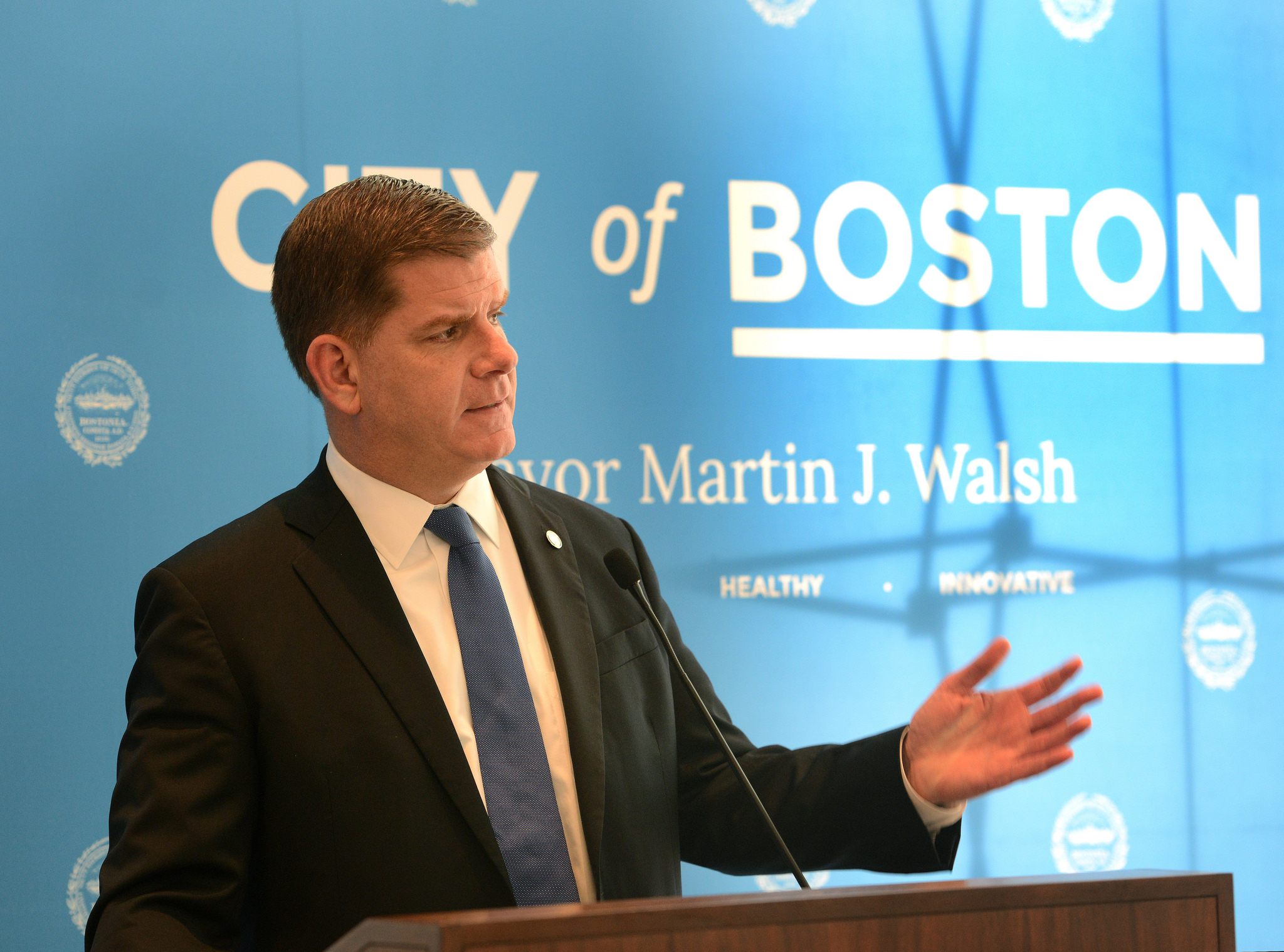 Walsh said his proposed plan would invest one billion dollars over the next decade to renovate the city’s schools.

“It’s going to make a huge impact,” he said. “Obviously we have not had any type of major renovations and reconstruction of schools in our city like this in decades, in generations of our young people.”

Walsh said the city will begin talking with the community in the coming weeks about what renovation projects are needed.  At an East Boston press conference, the mayor listed a range of investments featured in the new capital plan.

“Neighborhoods across the city benefit from major investments in this plan,” he said. “We’re upgrading central square, right here where we are today. We’re working on walking paths along Jamaica Pond in Jamaica Plain. We’re improving roadways along [the] Whittier Street development in Roxbury.”

The plan also invests in the following priorities: