Honoring our Fallen Heroes on Memorial Day, and Every Day 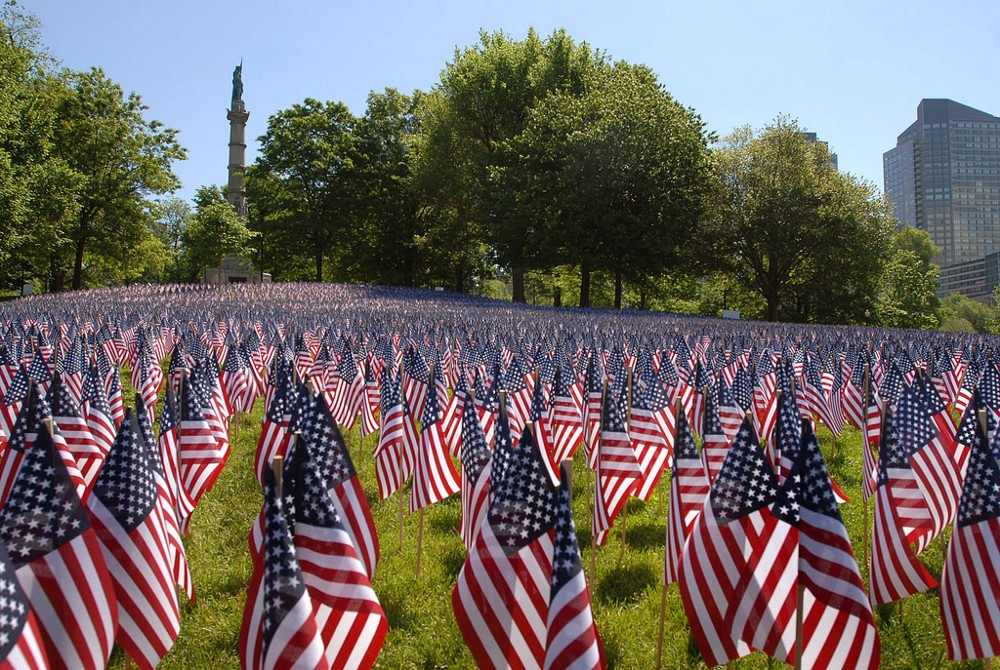 The last Monday in May is a sacred day. It’s a day of remembrance, of mourning, and of love. It’s a day when we reflect on the significance of service and the gravity of sacrifice. It’s Memorial Day. Even though Memorial Day is full of traditions we’ve passed on from generation to generation, every year it also becomes new again. And that’s especially true when we lose someone.

This year, as I mark the holiday with families all over our City, I’m remembering Senior Chief Petty Officer William “Ryan” Owens. Ryan was a Navy Seal. Last summer, when Ryan came to Boston for training, I had the honor of meeting him.

I asked him about his life, and why he had chosen to serve. He told me he was moved by the victims of terrorism and war. Mostly he told me about his family. He wanted to secure the peace and freedom that would make life better for them. And he wanted to make them proud. He told me how much he loved his wife and his three young children, and how when he was deployed, they were all he thought about.

I was amazed by Ryan’s humility and grace. He was a member of Seal Team Six, one of the Navy’s most elite counter-terrorism forces. He had served in some of the most dangerous places in the world. But he was also just a regular guy. He loved his family. He wanted to create a better world for them. And he did what he had to do to make that happen. I learned a lot about service that day. And I’ve learned a lot about loss since then. Because this past January, Ryan was killed in a raid in Yemen.

After his death, I asked myself: “How do we honor his sacrifice?”

In Boston, we honor fallen heroes like Ryan by making sure their names and their deeds are remembered — in our Patriot Week and Memorial Day ceremonies, in our public spaces and memorials, and in our hearts every single day.

We also honor the vision that drove them to serve — the vision of a better and safer future for our city and country. We do that in many ways, but especially by serving our veterans themselves.

We start by insisting that no veteran should ever have to live on the streets or in shelters. Early in my administration, we set a goal of ending chronic veteran homelessness for good. So far, we’ve housed nearly 850 veterans, effectively ending chronic veteran homelessness and bringing the total number of homeless veterans in our city down by 50% in two years. We’re well on our way to making sure everyone who has served our country has a safe place to call home.

We work to support our veterans in all areas of life. That means everything from a special veteran-owned small business initiative, to expanding addiction and recovery services, to job training and opportunity, to connecting veterans with resources for traumatic brain injury (TBI) and post traumatic stress disorder (PTSD).

We also believe in the power of appreciation. That’s why we’re finding more ways to make sure our veterans know how grateful Boston is for their service. Our Operation Thank-A-Vet sends volunteers right to their doorsteps to give them a personal “Thank you,” as well as information about services. To date, more than 300 volunteers have reached more than 1,000 local veterans.

This work isn’t just for veterans. A lot of it is being done by veterans, as well. Many members of my administration have served in the U.S. military: Giselle Sterling, our Commissioner of Veterans Services; Fire Commissioner Joseph Finn; Dr. Atyia Martin, our Chief Resilience Officer; Boston Police Officers Joe Holmes and Nilton Ramos of my security team; and Brian Golden, Director of the Boston Planning and Development Agency — just to name a few. These talented men and women bring a veteran’s professionalism, drive, and camaraderie to our work. Our entire city is lucky to have them at the helm — in our work to support veterans and beyond.

We will never stop missing people like Ryan Owens, and no one can ever take their place. But on Memorial Day, we honor them by telling their stories. And every day, we honor them by working hard to create a better future for the people we care about. That’s the way Ryan lived his life. In everything we do, we hope we’ve made him — and all the service members we’ve lost — proud.