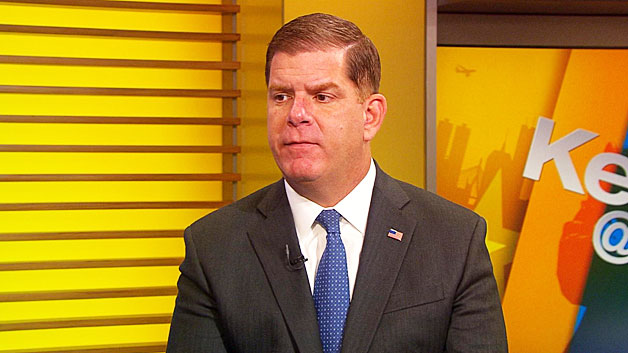 But during his visit this week, Walsh discussed some of the his current term.

When asked about his proudest accomplishment, Walsh mentioned how the city came together to find housing for 1,100 homeless people after the closure of a homeless shelter on Long Island.

“We have 1,100 people that were homeless three years ago, chronically homeless, that are living in an apartment,” he said. “Over 600 of those are veterans. I’m proud of that work that the city’s done to come together.”

As for his greatest disappointment, Walsh said he would like to have been “further along” in the area of education.

He mentioned the hiring Superintendent Tommy Chang as being very important, but said he wishes he could have created more policy.

“This year, we have the bill BPS planned moving forward, where we’re going to renovate and build a billion dollars worth of new schools,” Walsh said. “We have a new headmaster coming to Latin School. A lot of great things happening–I wish a lot of those things happened last year, so we’d be one year ahead of where we need to be.”