What Being a Coach Means to Me 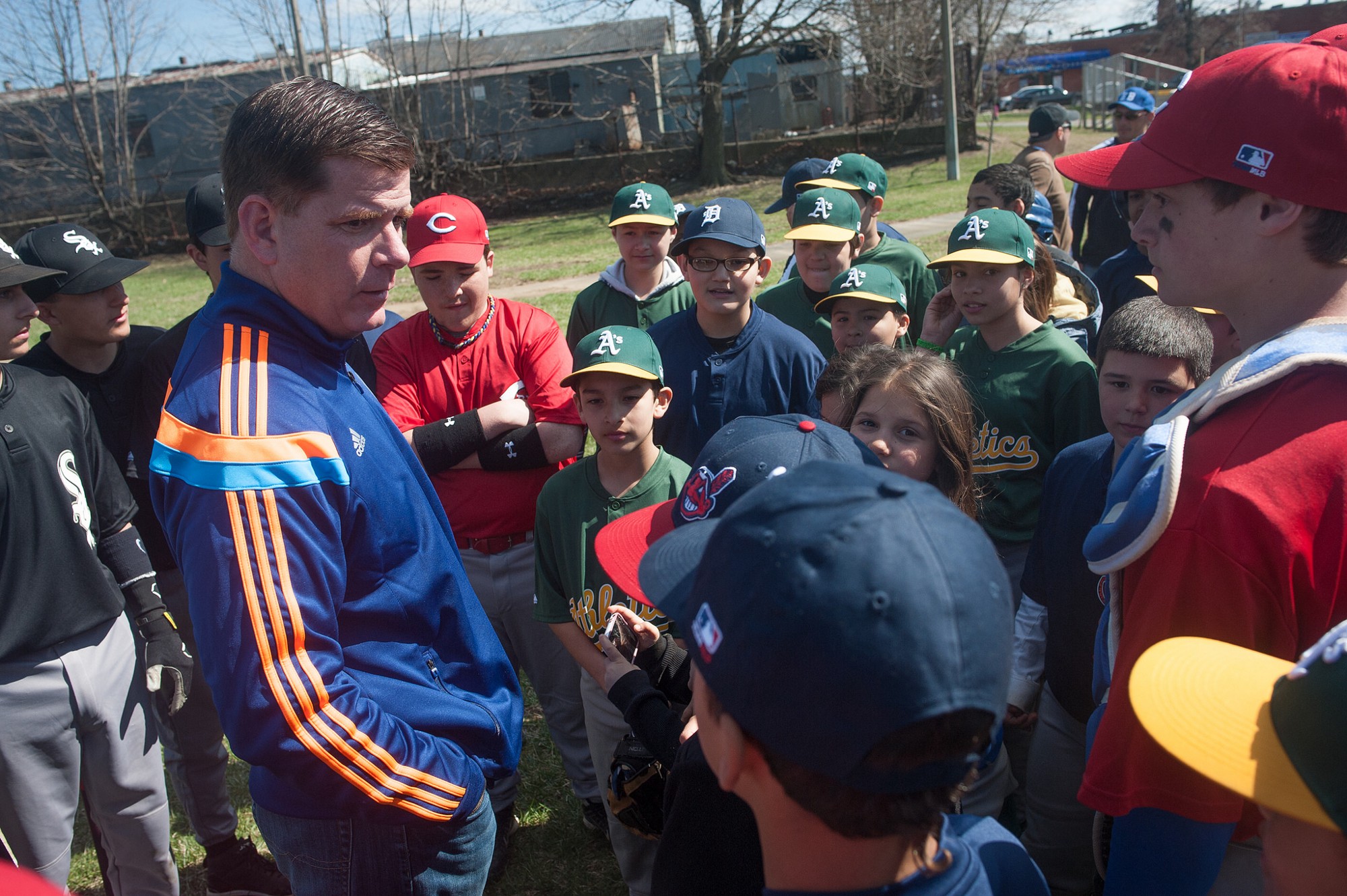 Everyone has their own sign of when it’s springtime, especially in Boston. For some, it’s when we open the Swan Boats in the Public Garden for the season. For others, it’s watching the Boston Marathon. For me, it’s the start of baseball season.

I’m not just talking about the Red Sox. I’m also talking about our neighborhood Little League seasons. As Mayor, I go to as many Little League opening days as I can. People may not know this, but I’ve been a Little League coach or involved with neighborhood sports for most of my life. Now, even though I don’t have time to coach anymore, I always look forward to attending Little League games and parades, giving our young players high fives, and cheering them on in the crowd.

I’ve said that being a doughnut finisher at Dunkin Donuts was my first job. But in many ways, helping coach was my first big responsibility. I’ve grown up involved in sports, like street hockey, basketball, and baseball. So once I had outgrown playing in the leagues, it was a natural move for me to get into coaching. Starting in the early 1990s, I helped coach Catholic Youth Organization basketball at St. Margaret’s Parish, in addition to street hockey and gym hockey. And, of course, I coached for Savin Hill Little League. I’d have “my kids” out on the field practicing a couple times a week, and playing 2 games a week. Coaching these kids are some of the best memories I have over the past 30 years.

I eventually became president of the Savin Hill Little League. When I ran for State Representative in 1997, I had to step down, but I still continued to coach on and off. I came back as often as I could, because I missed it. The connections you make with kids and families are hard to let go of. It’s a special privilege to mentor kids and see them grow and achieve their dreams.

I’m still connected to many former players and their families. I see my kids all the time. Some of them work at City Hall. Others are police officers and firefighters. I’m so proud of them. One of my former kids, Packy, recently opened a gym on Dorchester Avenue. I was excited to help him cut the ribbon and thank him for giving back to his community.

As a coach, I had the opportunity to teach young people the rules of the game, the habits and skills to play well, and the teamwork necessary for success. I also focused on how those skills translate into the rest of life. That includes teaching them how to listen and learn, how to be understanding and compassionate with one another, and how to have fun. The importance of teamwork and of getting back up after a setback are things that all adults should understand.

Some of the kids I coached had tough family situations at home. The baseball field was their escape. I saw how important these opportunities, beyond the home and the classroom, were for our young people to be resilient and thrive. In many ways, this experience is why I’m so passionate about supporting the many great youth programs our City has today. And it’s the reason why I continue to be a big supporter of our youth sports and activities.

Boston’s open spaces and parks are some of the things I love the most about our City. As a coach, you gain a special appreciation for the ballfields and you work hard to keep them in good shape. It’s disheartening to see ballfields in bad condition — the infields flooded due to poor drainage, patchy brown grass, litter, and rundown dugouts. Our parks are one of our city’s biggest points of pride, and our young people and communities deserve the best parks in their own neighborhoods.

As a City, we’re committed to making sure our ballfields are in great condition. In our Operating Budget for Fiscal Year 2018, we announced that Boston will invest in a rotation of renovations to neighborhood ballfields to keep them safe and playable. It will allow the Parks Department to aerate, edge, top dress, seed, and level ballfields every 5–7 years on a rotating basis. Also, we have many major ballfield projects at our parks, including: Mary Hannon Park, McConnell Playground, Garvey Park, Cassidy Field, Town Field (Dorothy Gibson Playground), and we are finishing Parkman Playground this spring.

I miss coaching, and I want to go back to it someday after I retire from politics. I encourage everyone to spend time and get to know our kids — whether it’s through coaching, mentoring, or tutoring. Our City has the best and brightest young people, with huge hearts and a hunger to learn and grow. I know, because I’ve coached some of them. As Mayor, they continue to inspire me every day.