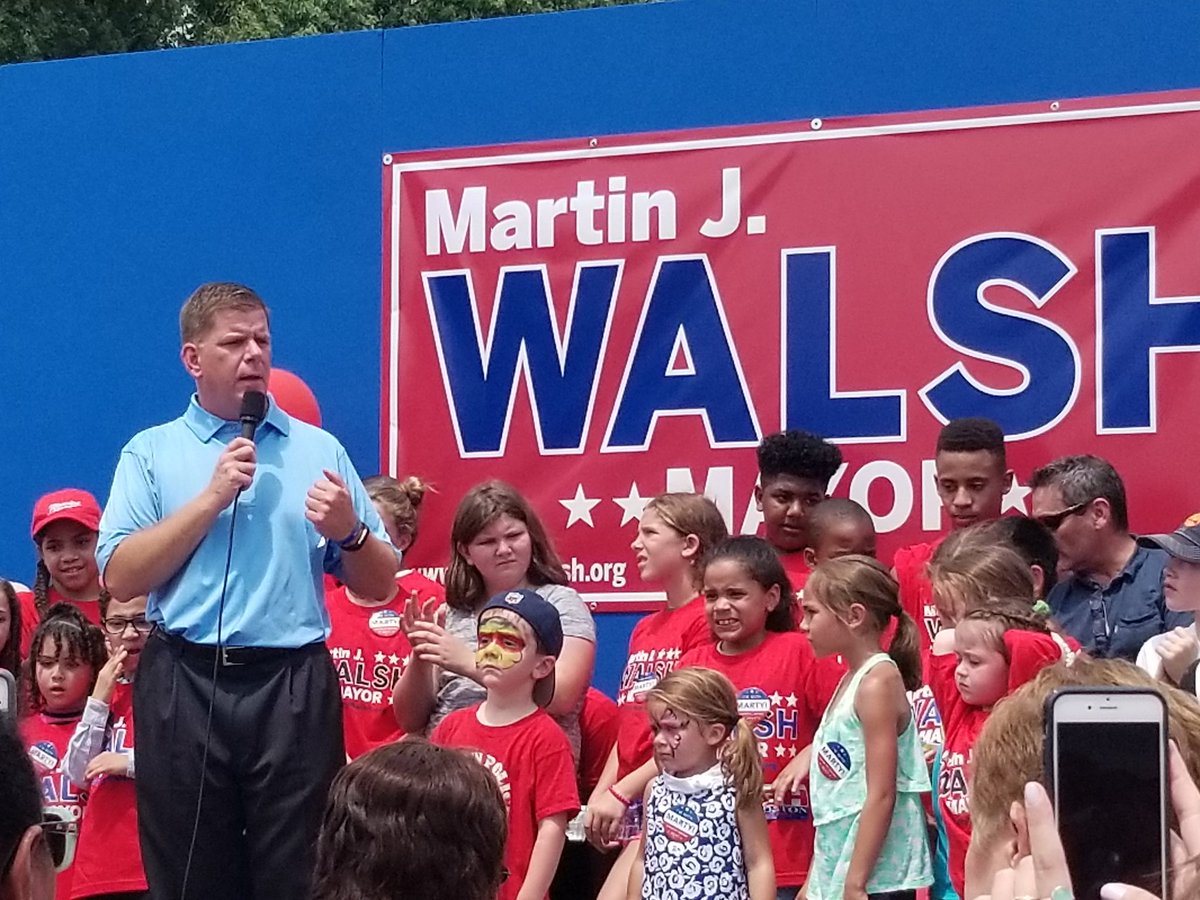 Boston, MA –   Today, education advocates from Boston praised a package of bills proposed by Mayor Marty Walsh that were heard in the State House that will continue the Mayor’s work improving Boston Public Schools for students in every neighborhood. The legislation includes expanding resources for high need students and increasing funding to ensure a high quality Pre-K seat for every 4-year old in Boston.

Several bills in the Mayor’s legislative agenda on education will:

“As a BPS parent whose daughter was fortunate to receive a pre-K spot three years ago, I wholeheartedly support the Mayor’s efforts.  K1 was an incredibly impactful year and my daughter learned a lot both academically and emotionally.  The presence of strong schools builds a strong and cohesive community.  In Charlestown, access to a high-quality public education in our own neighborhood has resulted in many more families remaining in the neighborhood to raise their children.”

“I was born and raised in Dorchester and stayed in this amazing city to raise my own family and work. I have been a Boston Public School teacher for the past twenty years and was a proud parent last year when my daughter graduated from a BPS high school. I work with our youngest children and see first hand how important it is to provide a high quality preschool opportunity for all our three and four year olds across the city. I supported Mayor Walsh when he ran the first time because I knew he was committed to funding more K0 and K1 seats across the city and understood that this would help close the achievement gap and support our ESL students. Every child deserves a safe, supportive and enriching start to school and Mayor Walsh will continue to fight for that.”

“Working with high school students, you see the immediate effects of the achievement gaps.  Mayor Walsh attacks this head on with through the office of engagement with campaigns and initiatives that target children starting at age one! Closing the literacy gap, he has the Talk Replay Campaign; for early classroom experience, he has the playgroup through the Countdown to Kindergarten Program and just recently, an attendance campaign was started specifically for kindergarteners.  He understands that community outreach is the first step toward narrowing that achievement gap.”

“There is no quick fix solution to the education system, but the efforts put forth by his administration thus far have been noteworthy.  Mayor Walsh understands that it will take a collaborative effort to restore the fragmented parts and a cooperative spirit to reinforce the strengths. His talent in bringing the schools, community based organizations, and other civic partners together has been innovative and valued.  His down-to-earth attitude lends itself to his commitment to capitalize now in Early Education and Care. Investing time and resources in the healthy development of young children in our community pays off. By now, we all know that there are future economic savings, reduced social challenges, and increased academic success to be gained, however the truth is that many of these outcomes may not be measured and the future success of the children involved most likely will not be credited to Mayor Walsh’s decision to create a high-quality Universal Preschool Program. That honestly does not matter to him. He is moving forward in this effort with the lasting benefits for every child and the long-term prosperity of Boston in mind.  Leaders and policymakers in Massachusetts have an exceptional opportunity to bring high quality preschool to the low and moderate income children they serve and I hope they follow the lead of Mayor Walsh.”

“I came to this program because I had learned that it was very good from some people in my community. I was working and needed childcare because my mom could not care for my kid anymore. Since my kids came here, I learned that it is much more than just a child care program. They are learning so much and love to come every day. I am learning along with my kids. I attend the parent groups and talk to the teachers each day. I can appreciate the positive and warm interactions the teachers have with my children. I like how the families are a part of the program and are supported in many ways that are not even about school. I am happy Mayor Martin Walsh understands that although this is the first step in education it is the most important step for children. They will have a good feeling about going to K2 and be ready to have success.”

“I really like having my children go to a program that is high quality. I like the teachers a lot. I know the curriculum is very good and teaches important lessons. I think it’s important that Mayor Walsh support classrooms in community based programs along with classrooms in schools that offer parents a choice so they can bring an infant and a four year old to one center where they are learning and growing together. I like that they are with people who care about us as a family. I only wish there were more affordable spaces and places like this for families.”

“My daughter’s time in BPS has been excellent. She attends Warren Prescott in Charlestown. I really like the school and my daughter has been going there since kindergarten, she’s now starting 6th grade. It’s been great having her there for K-8th grade which was not the case when I went there when I was a kid. My whole family has gone to Warren Prescott and there has been improvements since I was little. The biggest change from when my daughter is there versus me is that the teachers are more involved. When my daughter was struggling math when she was in 3rd grade, they worked with us to help her do better in a summer program sponsored by the school. My daughter was really struggling and now she’s doing really well. There is strong community built in the school, and she knew all of the teachers, all of the staff are very excellent.”