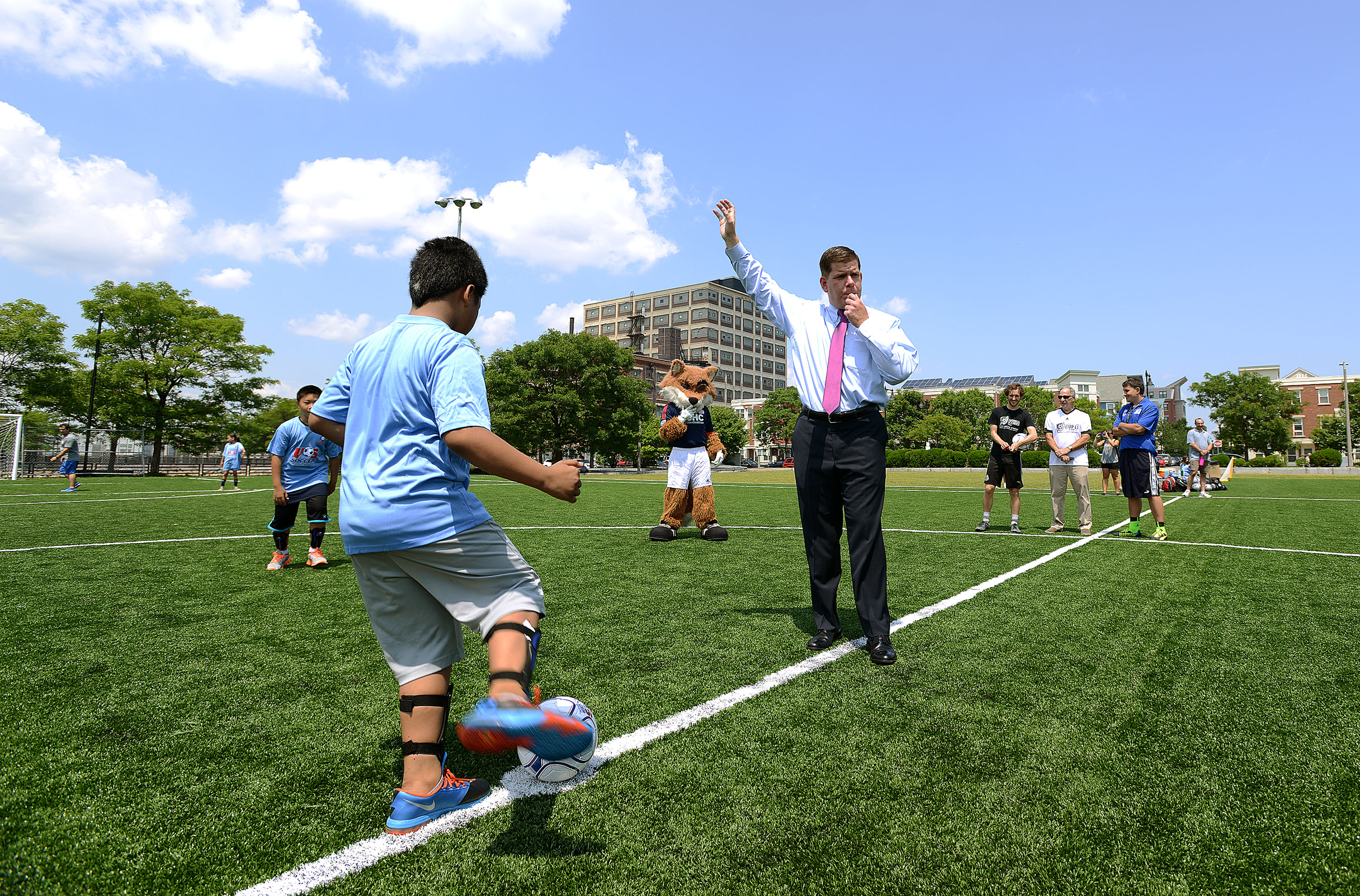 Mayor Marty Walsh’s investments in parks and open spaces were celebrated today by community leaders throughout Boston today. Over the course of his term, Mayor Walsh has prioritized the preservation and expansion of our neighborhood’s parks, Boston’s defining green spaces. Under his leadership, Boston now ranks second in the nation when it comes to improving low-income families’ access to green spaces, with 98% of Boston families residing within a 10 minute walk of a city park. With the passage of the 2018 budget, the city has pledged $2.08 billion through 2022 for capital improvements to Boston’s many community assets, including parks and other green spaces, building on the vision of Imagine Boston 2030–the first comprehensive citywide plan in 50 years.

Residents from every corner of Boston praised the Mayor’s commitment to open spaces for everyone in Boston:

“I’m glad to have a mayor who invests in Boston’s local parks, no matter where they’re located. Communities that have long gone without vital renovations are now getting some good attention. When my nieces ask me to take them to the park, I don’t have to think twice anymore. They’re all in great condition. Thanks, Mayor Walsh.”

“I appreciate how Mayor Walsh has taken the time to invest in Boston parks all across the city. My daughter Jai and I often visit Reverend Loesch Family Park and she enjoys every moment, because often times she’s making new friends and I’m connecting with my neighbors. These spaces are key to building community.”

“I have three kids, so I like having parks close to my house. I have a three and a four year old. If we ever don’t have anything to do — my kids are out of school for the summer — there’s somewhere to come and they can get their energy out.”

“Healy park is close to our house, it’s kid friendly, and it’s enclosed. The kids can have fun and have some autonomy within a safe space. The older kids and the younger kids can all find something to do.”

“I’m home with my son right now, he’s not in school yet. It’s important to us to have places to go. As a work-at-home Mom, I try to have time to spend outdoors with my son. Thank you to Mayor Walsh for understanding the importance of outdoor play, especially creating healthy children in our city. As a mom of two young children, this is really important to me.”

“We got one kid, and another one on the way, so it’s nice to have something close that we can walk to. We just moved to Roslindale about two years ago… so it’s nice that our arrival seems to coincide with an improvement on the whole thing. You want to try to get your kids to exercise and appreciate the outdoors, so it’s nice to have nice places to take them to do that.”

“Our community has many options when it comes to parks. It’s clear that Mayor Walsh has been investing in our area parks. As a parent, I know how much it means to be able to take my child to outdoors spaces where they can feel free to run, jump, and be carefree.”

“I work with young people every single day, and it is so important for them to have a place where they can go to have fun, relax, and simply laugh. Parks throughout the city have provided them that space, and I hope Mayor Walsh continues to make strong investments in our neighborhoods. Parks and recreational spaces are major for our community. We often have community family days and basketball league tournaments and petting zoos. And, I have faith that the mayor will continue to invest resources into our neighborhoods”.

I frequent Franklin Park and it’s such a hidden gem in Boston. Spanning over four cities or so, it’s nice to see how this national landmark services so many diverse groups of people. On any given day, you’ll see people golfing, kids riding bikes with their parents, people jogging or exercise groups, and older people just sitting on a park bench taking in the scenery. Franklin Park is a place to bring people and communities together, and Mayor Walsh has done an impressive job with much needed improvements and maintenance of our neighboring parks.