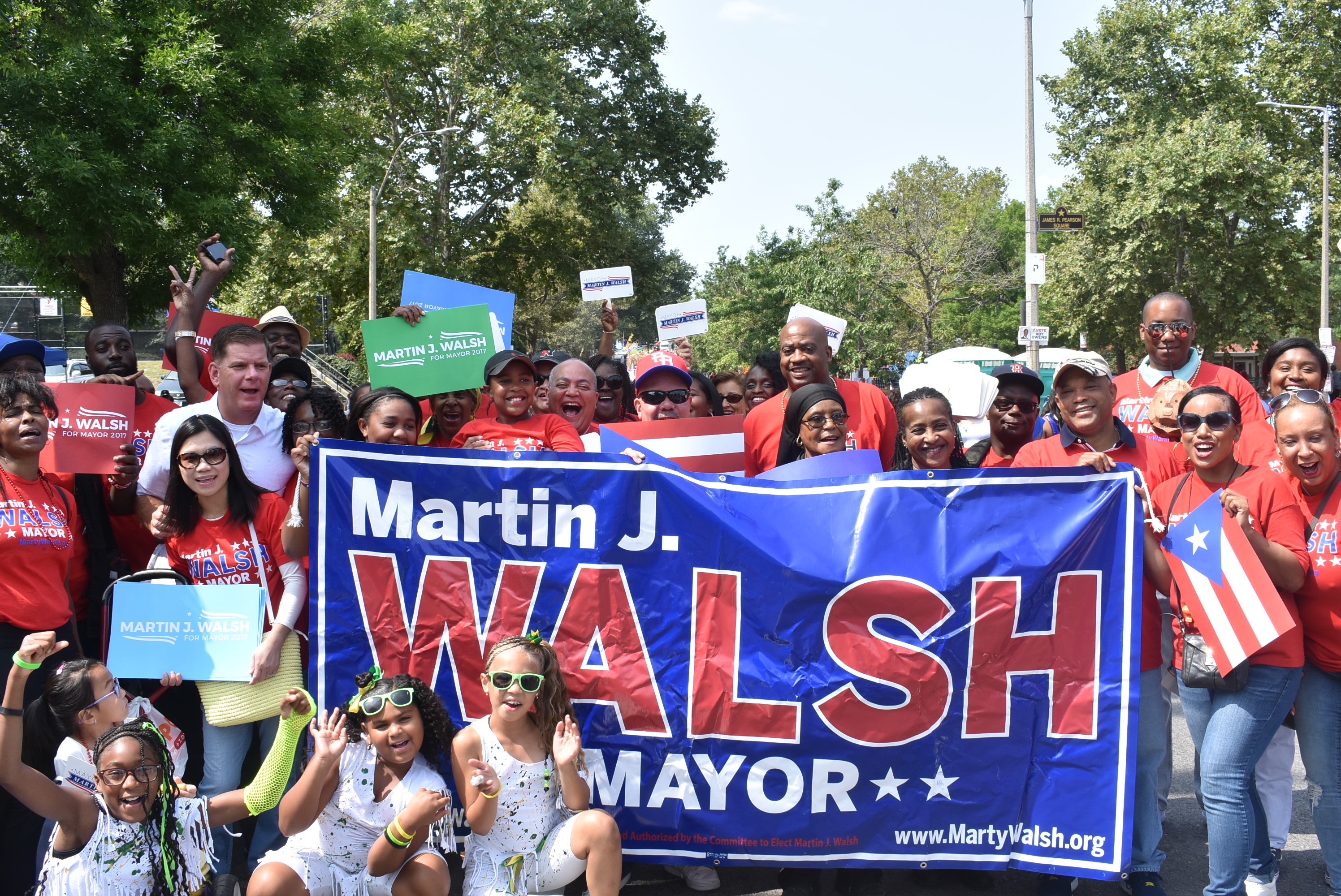 Citing Mayor Walsh’s record of fighting for immigrants, standing up for seniors and working to uplift every community, leaders and residents of Boston’s Caribbean Community expressed their support for the mayor ahead of Boston Caribbean Carnival. Growing up in an immigrant household, in a neighborhood full of immigrants, Marty knows how much hard work and sacrifice goes into every family’s pursuit of their American Dream. Mayor Walsh has stood with immigrants his whole life and been a strong advocate for immigrant rights and opportunities during the entirety of his career in public office.

The following community leaders and residents expressed their unwavering support:

“Every year we celebrate Boston’s Caribbean community, as a daughter of Haitian immigrants, I am proud of my Caribbean ancestry and identity. It is our culture and diversity that makes our city and country stronger. As a first generation American like our mayor, I know he appreciates and recognizes the importance of Boston’s immigrant experience. Congratulations to the Caribbean American Carnival Association of Boston for their 44th year of hosting the parade.

Carlisle Desire, Executive Director of the Association of Haitian Women in Boston

“Mayor Walsh has been more visible in our neighborhoods, which is a plus because this has shown his efforts in enhancing the overall outreach to different communities in Boston.”

“On behalf of the Executive Board, I thank Mayor Walsh in joining the Caribbean American Carnival Association of Boston and the Caribbean community in bringing awareness of diversity and unity while celebrating the riches of the Caribbean cultural in the City of Boston.”

Beulah Providence, Executive Director of the Caribbean Foundation of Boston

“We would like to congratulate the organizers of the annual Caribbean American Carnival Association of Boston for a successful weekend of celebrations. We appreciate the Mayor for his continued support and marching in the parade.”

“The Boston Missionary Baptist Community Center was thrilled to see Mayor Walsh march in this year’s Caribbean Carnival parade. It illustrates his continued dedication and commitment to the Caribbean American community of Boston.”

“I support the work the Mayor is doing and the Boston Carnival Village is backing him up 100% in this election.”

“Mayor Walsh from his election campaign has made the promise to be involved in neighborhood issues and connected to the Haitian community of Boston. Mayor Walsh has kept his promises and has been with us every year. It means a great deal for the activists, elders and the youth to see his involvement, that goes beyond his presence at the parade to fight for the survival of our organizations, giving a voice to Haitians and Haitians Americans in Boston.”

“Mayor Walsh is very good for Boston, and we hope he continues to do a great job for our community.”

“I left Montserrat many years ago. Though I haven’t forgotten my home, I’m proud that I have built one here in Boston. Under the leadership of Mayor Walsh, our city has championed the vast diversity of our neighborhoods. I’ve always been so proud to see the mayor march with my country’s flag. As immigrants, we must celebrate this intersection of heritage with pride. We have always served as the great foundation of this city. The mayor has proven to be a genuine and strong advocate for all Bostonians, regardless of origin, and I look forward to his continued leadership locally, nationally, and globally.”

“I’ve spent my entire life in Boston. My parents came to this city in the early 70s. They got married here. They bought a house here. I was born and raised here. This is our home and we feel very much part of it. My mom takes advantage of a lot of the programs Boston has to offer as a senior citizen. Without support and resources carried on and put in place by Mayor Walsh, my family wouldn’t have been able to fully take advantage of everything Boston has to offer in their older adulthood. Being part of Boston, having strong leadership — it’s truly important. As a West Indian, I’m proud to be part of the fabric that makes up a very diverse community filled with nationalities from across the world.”

“I am proud of my heritage, the history and culture that define me. As a parent I am proud to raise my children in a city like Boston – a city that has been built on the culture of immigrants and the embrace of our neighbors. It is in the diverse composition of neighborhoods that we as a city become one community. I am a son of Barbados but Boston is my home, thanks to the leadership of Mayor Walsh. I am proud to support him as the Mayor of Boston.”

“Boston is very diverse. The Boston Caribbean Carnival is one of the best events in the city year-round. It brings everyone together – family, friends, and neighbors who might not have otherwise been exposed to our Caribbean culture. Mayor Walsh has taken our city to the next level. He’s continuing to make progress on top of the foundation laid by Mayor Flynn and Mayor Menino. He brought our city to where it is now, which is a very good place. I love this city.”

“I commend the mayor as fellow union member, I am delighted that this opportunity has presented itself for me to publicly thank Mayor Walsh for his presence and support of many of our Caribbean community events, and in particular, our premier cultural show, Boston’s Carnival.”