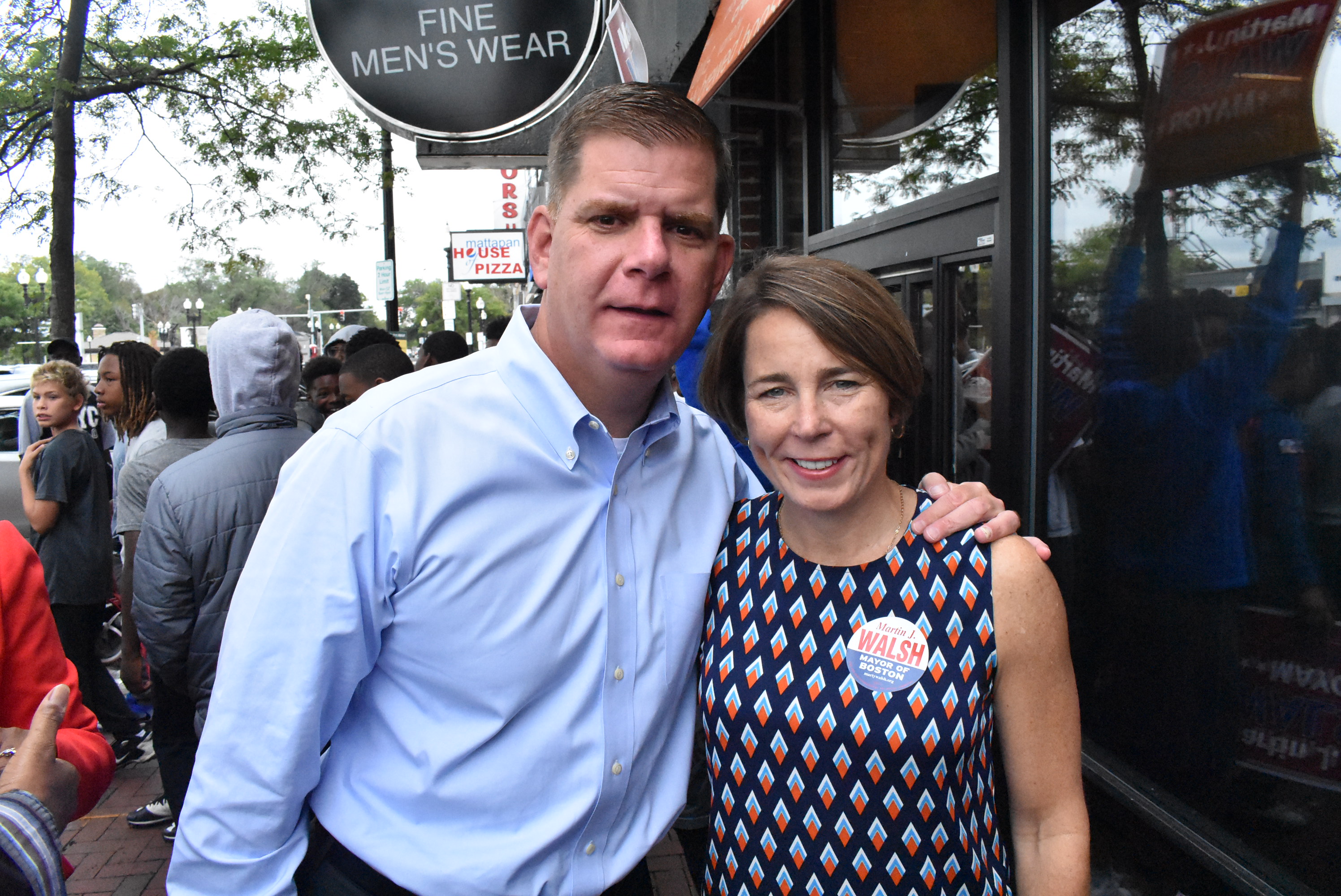 Attorney General Maura Healey announced her endorsement of Mayor Marty Walsh for reelection at a GOTV campaign event in Mattapan.

“Marty Walsh has been a tireless advocate for the people of Boston, has led our city with his head and heart for four years and is a critical partner in all of our work fighting for progress here, throughout Massachusetts and across the nation. Our shared values are under attack like never before in America and, where Congress and Washington fail, states and cities must lead – Marty Walsh knows that, lives that and has been true to that his entire career.”

“Under Mayor Walsh, Boston has remained a place where all Bostonians have a shot, whether they’re born in Port-au-Prince or Jamaica Plain, and I’m enthusiastically supporting the Mayor because I know that over the next four years, he’ll always be there, fighting with and for us all day, every day.”