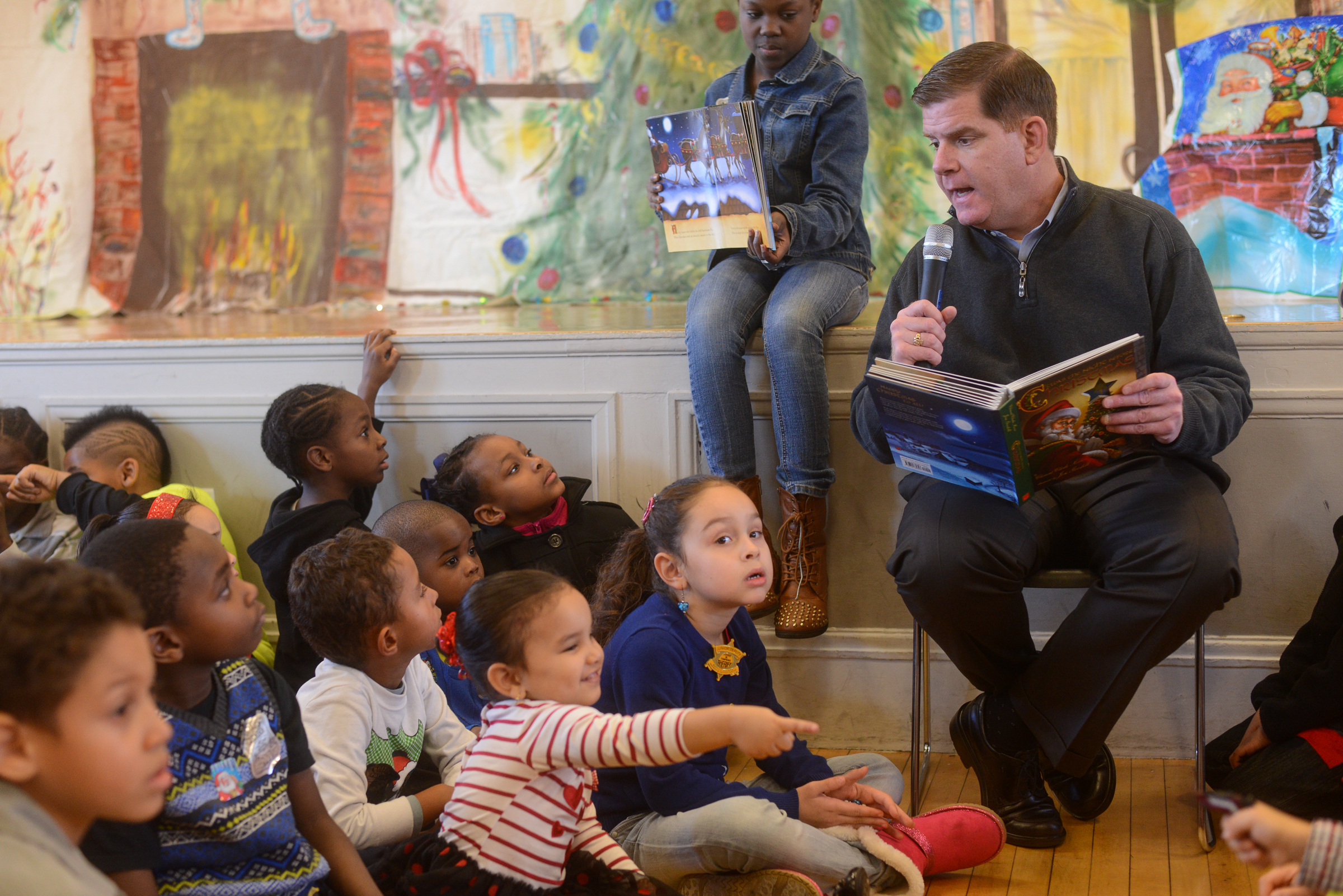 On the first day of the 2017-2018 school year, parents and educators came together to hail Mayor Walsh’s strong commitment to Boston Public Schools and his record of strong investments that have given more BPS students chances at success. Mayor Walsh has made education a top priority — increasing the Boston Public Schools (BPS) budget by $40 million this year alone, the largest budget in history at $1.061 billion in fiscal year 2018 — to make sure students of all backgrounds are able to reach their full potential. As a result of Mayor Walsh’s efforts, Boston has its highest graduation rate ever, there are more than 700 quality Pre-K seats added to BPS, and the school day has been extended so thousands of students have more time to learn.

Mayor Walsh has visited every Boston public school during his first term, and today stopped by the Washington Irving School, Young Achievers Science and Math K-8 School, where he went on a tour of the school’s math, science and art classes, as well as, Excel High School, and the Blackstone School where he participated in a lunch presentation by the new food vendor, Revolution Foods.

Since Mayor Walsh has taken office:

“When I was a BPS principal I had a “home owner” attitude about the physical plant of my school and worked very hard to improve the facilities.  I am very  impressed that Mayor Walsh has committed a significant amount of money to the improvement of the schools in the BPS.  I look forward to seeing these improvements, which will significantly contribute to the advancements that have been made by the terrific teachers in our schools.  It is also significant to me that Mayor Walsh was able, using his credibility and experience as a union leader, to settle a contract with the Boston Teachers Union without the “drama” that has marred union negotiations in the past.  The BPS continues to improve every year and, under Mayor Walsh, they have not lost a step in that forward momentum.”

“I’m voting for Martin J. Walsh for reelection because I know where his heart lies. As a lifelong City of Boston resident, father of two small children, graduate of Boston Public Schools, and a 14-year teaching veteran in Boston, I know that he is for us. He has the political capital to make universal early childhood education a reality. As a former state legislator, he understands how the state budget works. I’m sure his voice will be heard on the Foundation Budget Review Commission as we move forward, together, for a more equitable funding formula for our local districts – especially the Boston Public Schools.”

“Mayor Walsh does a lot of outreach programs, and it helps all the students of Boston, including my children.”

“Mayor Walsh has done very well with public schools, because my granddaughter goes to Trotter School in Dorchester and she raves about the school, her teachers, and all her classes.”

“Mayor Walsh understands that education is the answer to poverty. Through the Office of Workforce Development, he extended educational opportunities for BPS students. Through the Boston Tuition Free Community College Plan, more students know that going to college is not just an option, but is a real part of their fundamental education plan.”

“Mayor Walsh visits all of the public schools, and he is deeply invested in our children’s education. He has made a lot of progress with our students since he has been in office, and I look forward to seeing all of the things he has in store for the city next term.”

“For me, it is important to have a good education for my children, and he has focused on making our school system better.”

“The Haitian community identifies with Mayor Walsh because of his stand on supporting blocking any initiative that could put at risk thousands of Haitian Bostonian family members for deportation, and because of his commitment to the education and development of our children.”

“Mayor Walsh’s initiatives have brought together parents and educators to discuss the changes needed to optimize the learning environments for children all over Boston. His commitment to education has created better opportunities for my own children and has empowered parents like me, to offer insight into the future conditions of Boston’s educational system.”

“With a focus on providing access to more affordable housing and on giving every child the academic support they deserve, Mayor Walsh has serviced many homes around Boston to promote stronger families.”