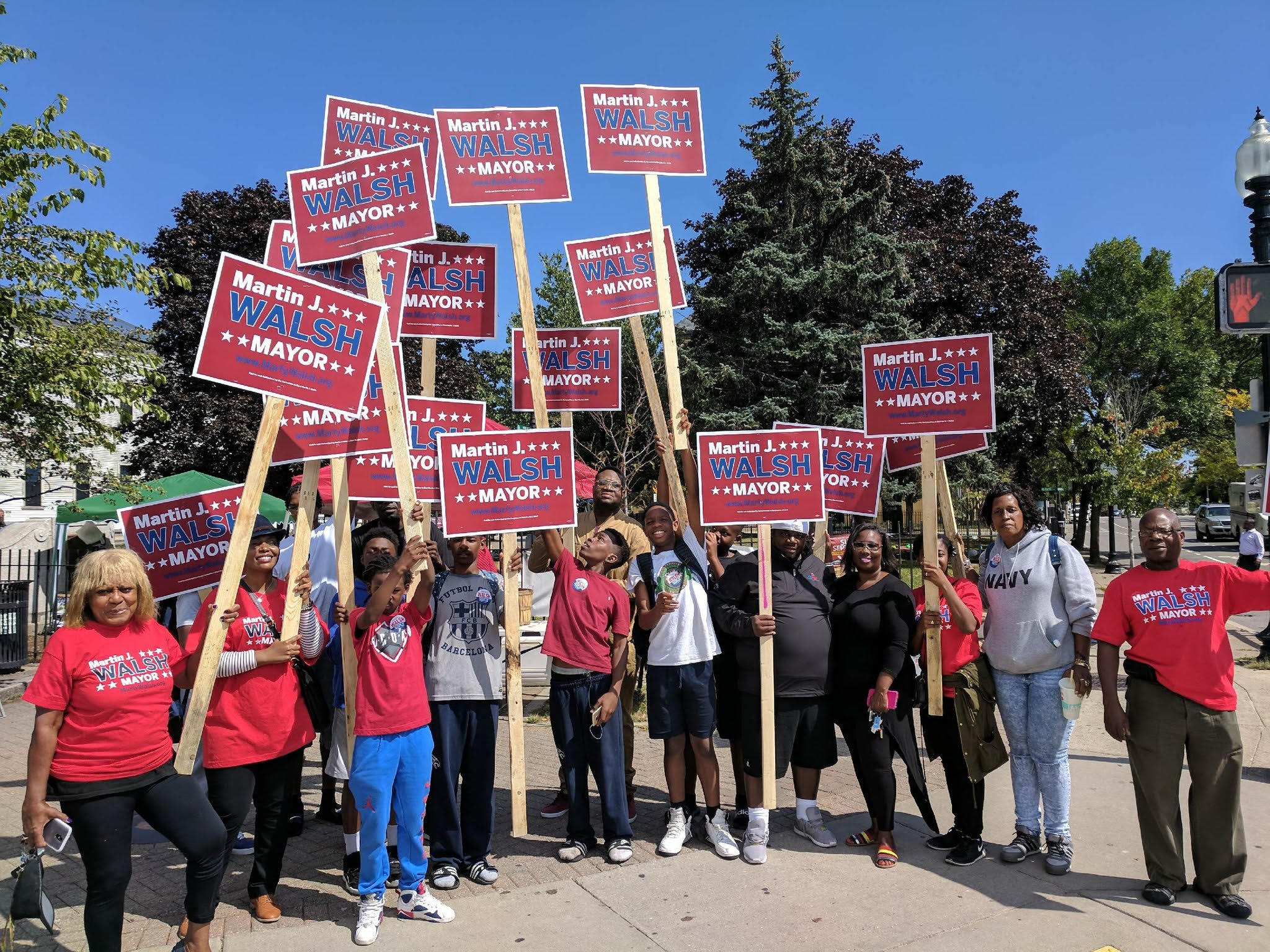 “It is an honor to receive the endorsement of the Ward 21 and 22 Democratic Committees. We have worked hard to improve the lives of residents in Allston, Brighton, and across the entire city. I look forward to continuing the work we’ve started to ensure that every child receives a strong education, every family has access to affordable homes, and that we create good-pay jobs for all Bostonians.”

“I am proud to stand with Allston-Brighton as we endorse Mayor Martin J. Walsh for reelection. Moreover, his dedication to working people, affordable housing, environmental sustainability, transportation, and civic engagement has ushered the City of Boston into a new era.”

“Mayor Walsh has been a great partner in City Hall in working to ensure that critical investments are made around the Allston-Brighton community. The support from the Mayor and his administration for improvements to open space and transportation infrastructure across Allston-Brighton have benefited this community immensely.”

“I am honored to be supporting our mayor who has looked at our city, and has studied it. On every decision he makes, I know he has the people of Boston’s back. We are lucky to have such a committed public servant. I also had the distinct honor of serving with the mayor in the house and senate, and we carried the laborers’ agenda together for the state of Massachusetts.”

“Today we had the honor of having the mayor as well as other candidates for the municipal elections come and address us. After a discussion with our committee members, we voted to endorse Mayor Walsh for reelection. The mayor has definitely put a lot of effort and time into Allston/Brighton over the last four years, and we’re proud to have him as our mayor. We look forward to working with him more over the next four years.”