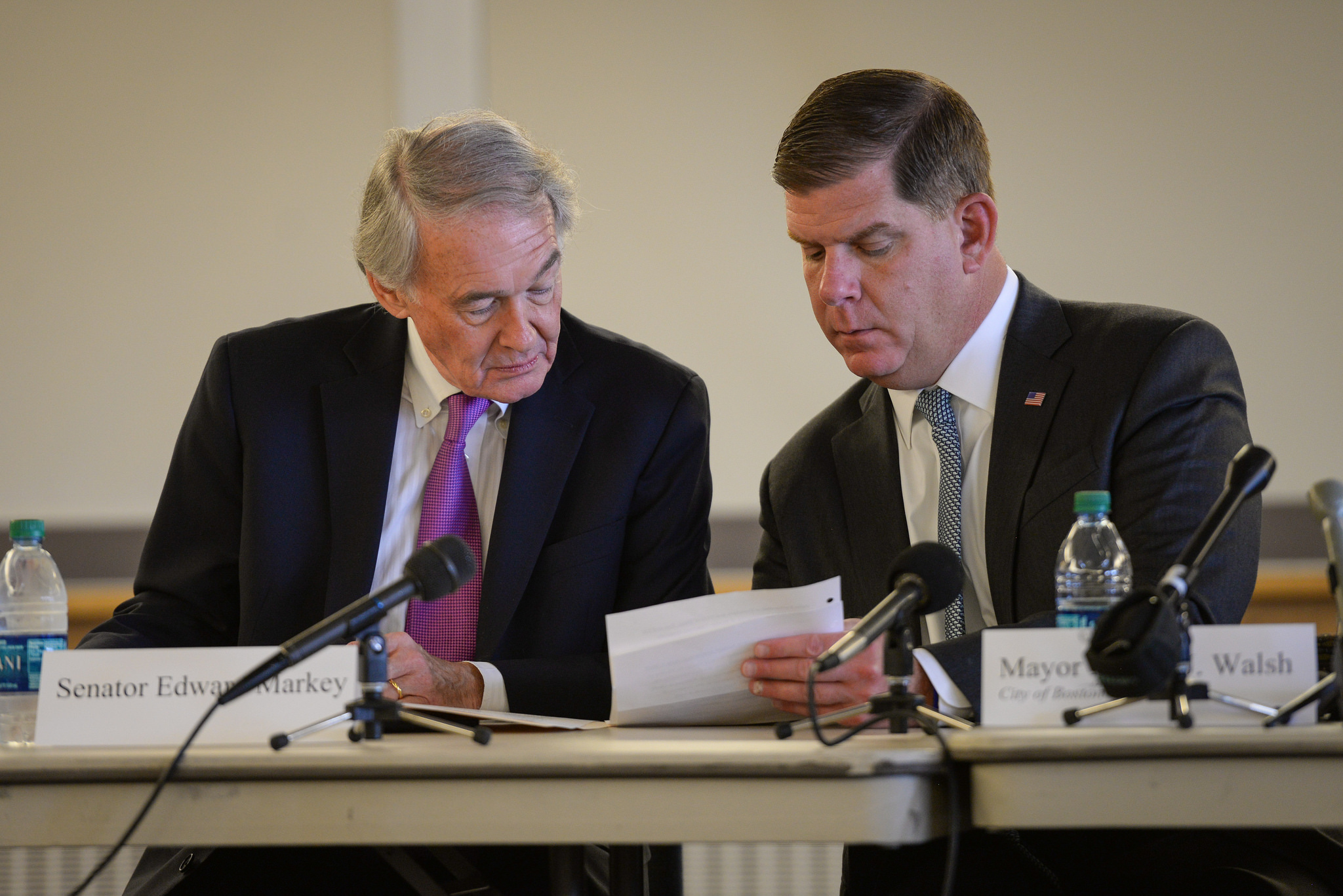 Markey Calls Walsh a “Fighter for All Bostonians”

Mayor Walsh has made protecting the environment a key priority in his first four years as mayor, creating Boston’s Climate Action Plan, which is a roadmap cutting emissions by 80% by 2050. As a result of the Mayor’s work, Boston was ranked the #1 city for energy efficient by the American Council on an Energy Efficient Economy this year, for the third time in a row. In June, when President Donald Trump announced his decision to withdraw the United States from the Paris Agreement, Mayor Walsh stood up and made it clear that Boston would uphold its commitment to the agreement and continue efforts to prepare for, and prevent, the effects of climate change.

Senator Markey said: “Mayor Walsh has shown over his four years that he is a fighter for all Bostonians. Under Mayor Walsh, Boston is leading the way on becoming a cleaner, more energy efficient city and I know over his next four years, Mayor Walsh will continue to show that when Boston leads on climate action, other cities follow. Marty Walsh has worked tirelessly to create a Boston where everyone can get ahead and I am proud to endorse him.”

Mayor Walsh said: “Whether it was his time in the State House, as a member of the United States House of Representatives or now as United States Senator, Senator Markey has always been there for the people of Massachusetts. Over his career, Senator Markey has been a real leader fighting climate change while also working to create a cleaner and more sustainable future for our children. Massachusetts is lucky to have him in the Senate and I am proud to have his endorsement.”