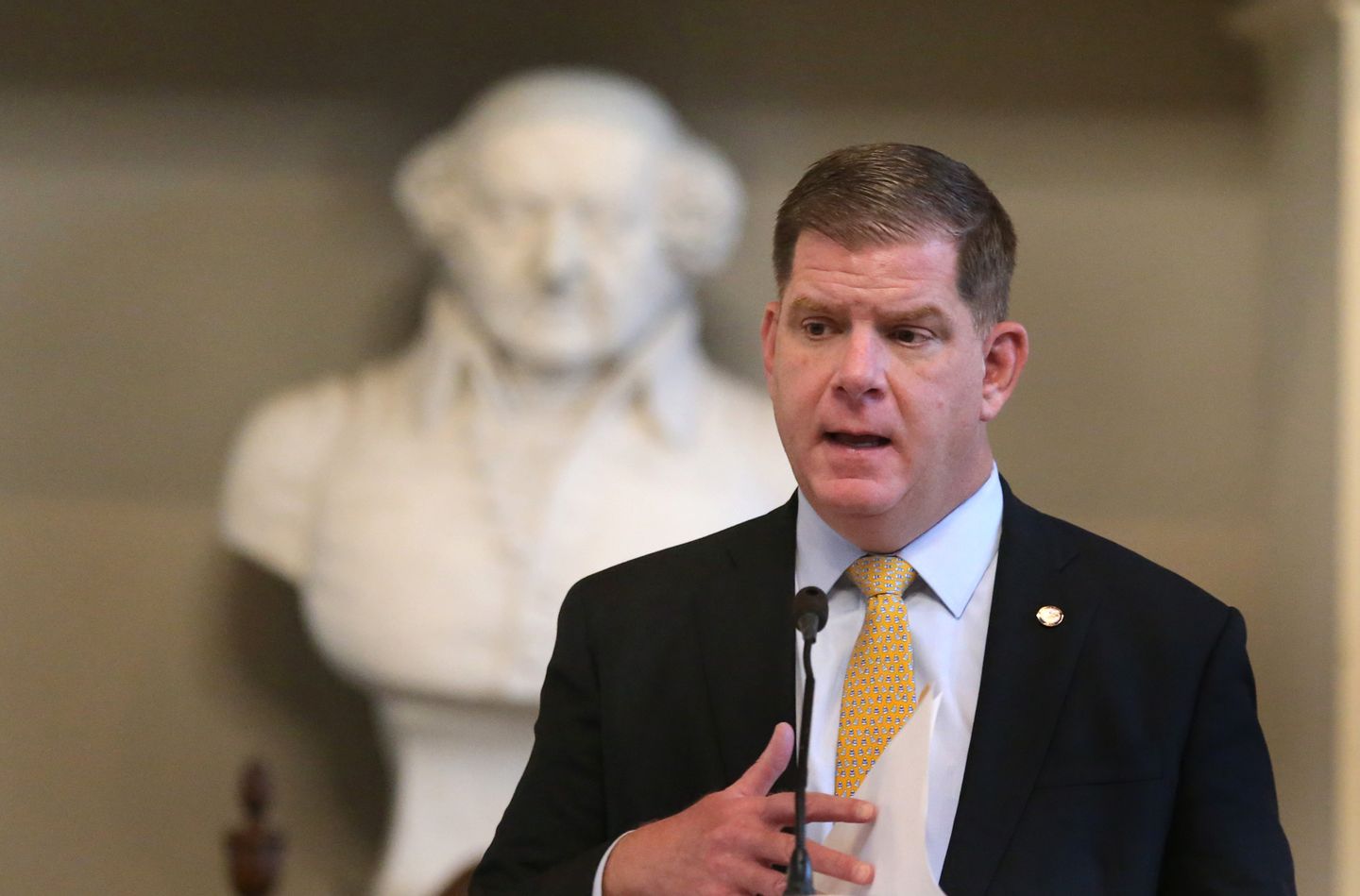 Mayor Martin J. Walsh will testify Tuesday on Beacon Hill in support of a bill that is meant to advance pay transparency and equity — what he called a priority for his administration.

The Massachusetts Pay Transparency and Pipeline Advancement Act would require companies with more than 100 employees to report the gender and race of employees holding management titles, and it would require the state Executive Office of Labor and Workforce Development to collect and post the data.

“It’s about fairness,” Walsh said in an interview ahead of his testimony. “There are some serious discrepancies going on in the world when it comes to women and people of color.”

The bill would also establish a Pipeline Promotional Opportunities Fund, including an initial investment of $25 million in state funds, to provide professional development services for those who observe a disparity in their workplace.

Walsh said he acknowledged that city government should push for pay transparency and equity as well, and said that he has worked to balance the pay scales of department chiefs, though he said the city has not conducted a full analysis.

In April, on what is known nationally as Equal Pay Day, the mayor coauthored a Boston Globe opinion piece to raise awareness about pay discrepancies by race and gender.

According to national data, women would have to work three more months to collect the salary a man would collect in a year.

The inequities are greater among black women and Latinas, said the mayor, who coauthored the op-ed with Evelyn Murphy, former lieutenant governor and president of the WAGE Project, and state Representative Liz Malia, the bill’s sponsor.

The bill is part of a broader legislative agenda that Walsh sent to Beacon Hill earlier this year — priorities that need state approval before becoming law in Boston. The mayor has proposed bills that would raise fees in the ride-hailing industry, and increase addiction recovery programs.

The mayor acknowledged he has gone to the State House to personally lobby for legislation on only a few occasions, and said his appearance showed his commitment to the bill.

“It’s saying this is a major, important piece [of legislation] for me,” the mayor said of the pay equity bill. “I think it’s important that as mayor of the city of Boston, the largest city in Massachusetts, that we go up there and support this legislation and let people know we are serious about making sure we are looking for equity when it comes to people being paid, and the work they do.”