Baker, Walsh to talk policy in tandem in DC 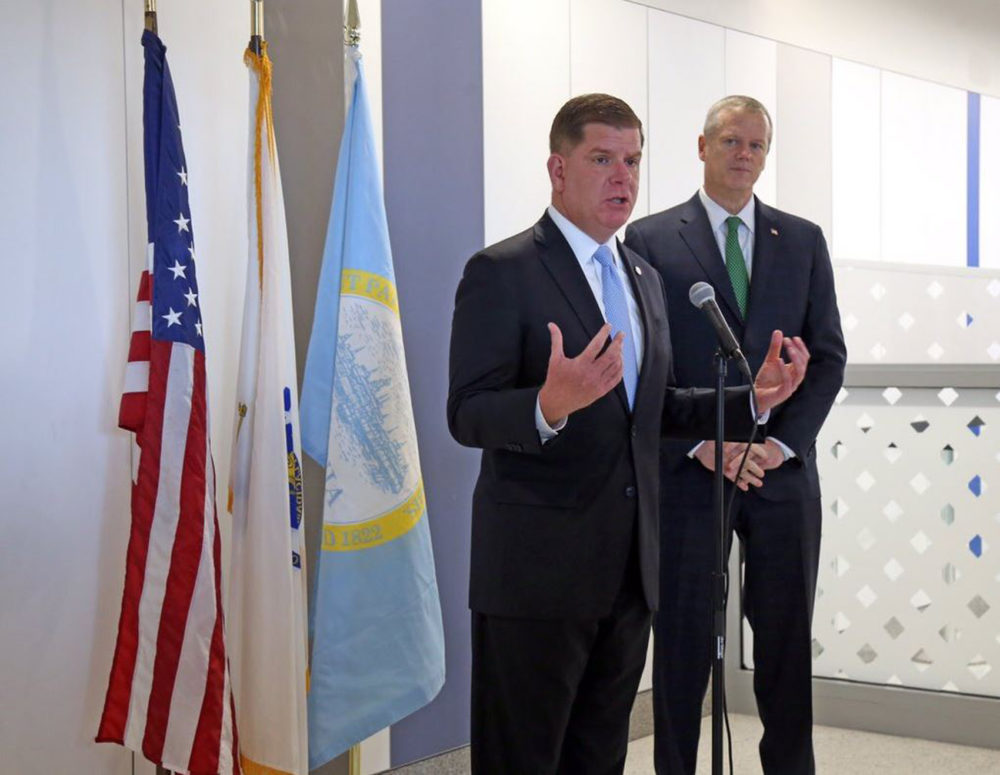 Four months after Boston Mayor Marty Walsh teased a “road trip” to Washington with the governor, he and Charlie Baker headed to DC this week to pressure Congress and the Trump administration to invest in housing, transportation, and the environment.

The trip comes during Infrastructure Week, a national event centered in DC that is intended to highlight the importance of rebuilding the country’s infrastructure to promote job growth, security, and quality of life.

Baker and Walsh were scheduled to start their day Wednesday in Boston at a Green Ribbon Commission meeting with business and civic leaders in the city to discuss strategies for fighting climate change, before heading south for meetings in the afternoon with Transportation Secretary Elaine Chao, House Transportation Infrastructure Committee Chairman Rep. Peter DeFazio, and the ranking Republican on that committee, Rep. Sam Graves of Missouri.

DeFazio, a Democrat, represents Eugene, Oregon, but he is originally from Baker’s hometown of Needham and a graduate of Tufts University.

On Thursday, Walsh and Baker were to participate in a morning panel discussion hosted by Mike Allen of Axios about the opportunities and challenges surrounding transportation infrastructure and how cities and states are confronting the issue. That afternoon the duo will also meet with Delaware Sen. Tom Carper, a Democrat and ranking member of the Senate Environment and Public Works Committee, followed by a sitdown with the Massachusetts Congressional delegation.