Homeownership and the American Dream 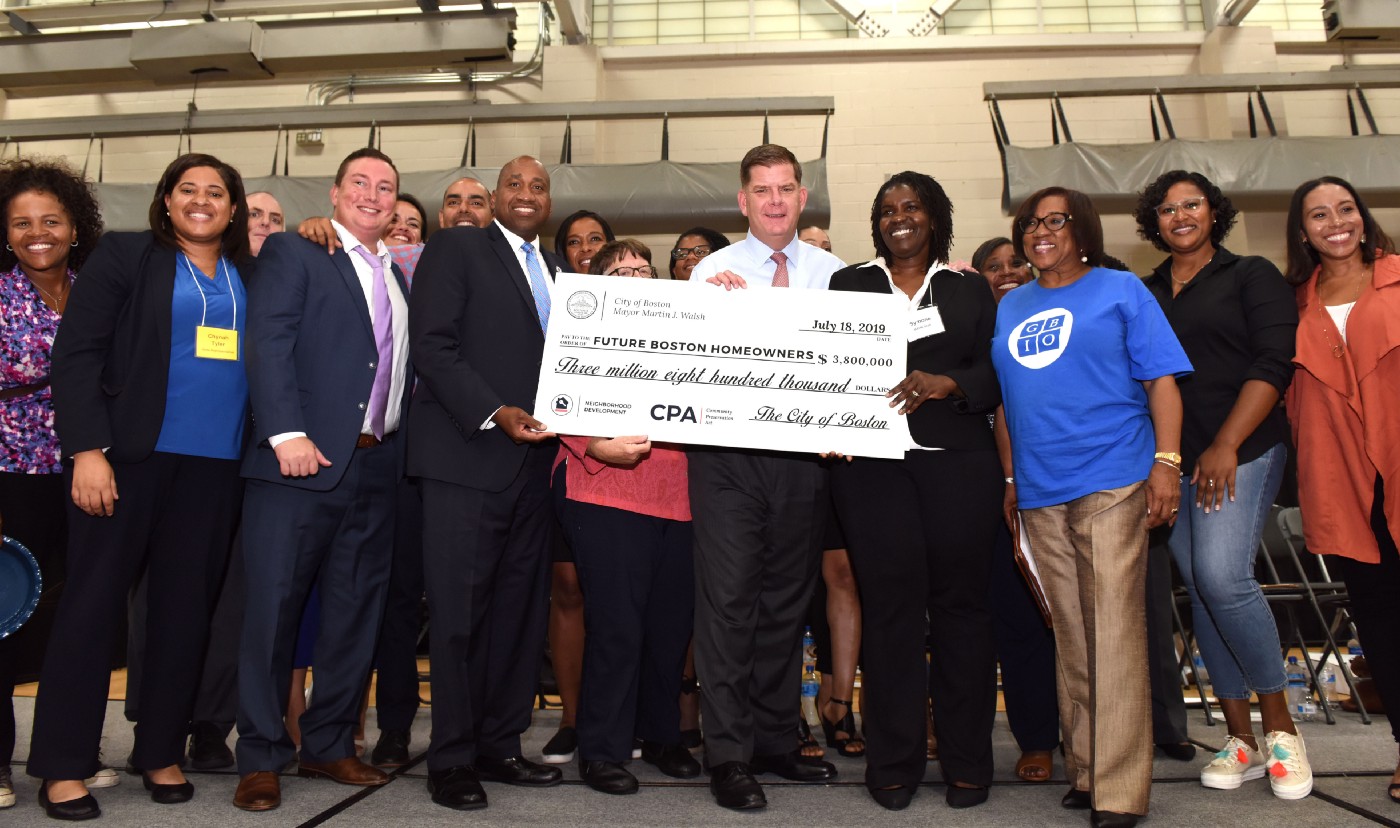 Recently at the Boston Home Center we launched a new mortgage product for first-time home buyers called ONE+Boston. Funded by $3.8 million in Community Preservation Act (CPA) revenue, it will reduce interest rates for low and moderate income buyers, making more potential homes accessible to them and/or making their monthly payment more affordable. The following is adapted from the remarks I made announcing the program at the annual meeting of the Mass. Affordable Housing Alliance (MAHA) in Roxbury.

In 1967, my parents bought a three-decker house on Taft Street in Dorchester, for around $17,500. My mother still lives there. The reason they bought a three-family is because they couldn’t afford the full mortgage, so renting out the other two apartments helped them make the monthly payment. They took on long-term tenants and kept the rents stable.

I always dreamed, when I was younger, that I’d buy my own home, live in my own house. It was important to me.

But then, in 1995, I found myself in a detox and starting down the road of recovery from alcoholism. Now, recovery is mental, physical, and spiritual — but it’s also financial. I had debt I needed to pay off. Because of that debt, I thought I would never be able to buy a house. My dream of owning a home seemed far away.

Then one day I went with my father to a two-family house for sale in Savin Hill. It was a real fixer-upper, you couldn’t live in it. But I thought maybe it was within reach — a house I could make my own. I had gone through the City of Boston’s first time homebuyer program and I was beginning to save. But it wasn’t enough. I started calling my credit card companies to see if I could use cash advances to put together the $10,000 down payment.

My father said to me, “why don’t you come by the house a little while, I want to see you.” He wasn’t a big talker and he certainly wasn’t a wealthy man, but was smart with his money. So I knew something was up. And he gave me a check for the down payment on that house. I was able to take that check, meet the lawyer, and buy it.

I’m grateful to my parents for everything they did for me. Their help is also a great example of how the middle class was built in our country. Working class people used to be able to save up, buy modest homes, build wealth, and give their kids a stronger start than they had.Homeownership was the key.

Today, it’s much harder. I am constantly reminded of how privileged I was to get that gift from my parents. I meet people all the time who are working hard and saving but still see their dream out of reach.

When hardworking people don’t have access to homeownership, there’s a problem, a deep problem. It’s a big driver of wealth gaps and the shrinking of the middle class. It’s making too many young people feel hopeless about their financial future.

This year we pledged to create 1000 new first-time homeowners in Boston in the next five years. And we want to make that number even higher.

We’re doing a lot — and we’re doing it all without a federal housing program on the national level — but we have to keep doing more.

That’s why this $3.8 million is important. It’s real money to fight a real problem, to make sure people will have a real opportunity to buy their first homes. It’s going to allow families to pick the home that’s right for them, it’s going to allow them to make that mortgage payment every month, and have money left to save, spend on their family, and fix their house up. It’s going to help people make their dream a reality.

Homeownership is what unlocked economic mobility for my family.

I owned my first house for 16 years. I had a tenant upstairs who stayed there until I sold the house. I never raised his rent, because it wasn’t about making money, it was about paying the mortgage. Every time I walked in that house or every time I sat on the back deck or every time I picked a weed out of the yard or every time I shoveled the sidewalk or swept the gutter, whatever I did, I felt like, “this is my home, I’m responsible for it.” It was something that made me very proud.

I feel that same glow of pride every time I visit with a first-time homeowner in Boston. And with our new ONE+ Boston program, I’m going to be visiting a lot more of them.

I want to thank everyone who made ONE+Boston a reality: MAHA; the Greater Boston Interfaith Organization; Mass. Housing Partnership; the private lenders we’re working with; the Department of Neighborhood Development and all the staff at the Boston Home Center; and all the activists, residents, and City Councilors who fought to pass the Community Preservation Act. And I want to thank our legislators in the House and Senate, who have increased the state CPA match in the budget for this year — because of them, we’re going to be able to help even more people make their dreams a reality.