In the news: Evandro Carvalho 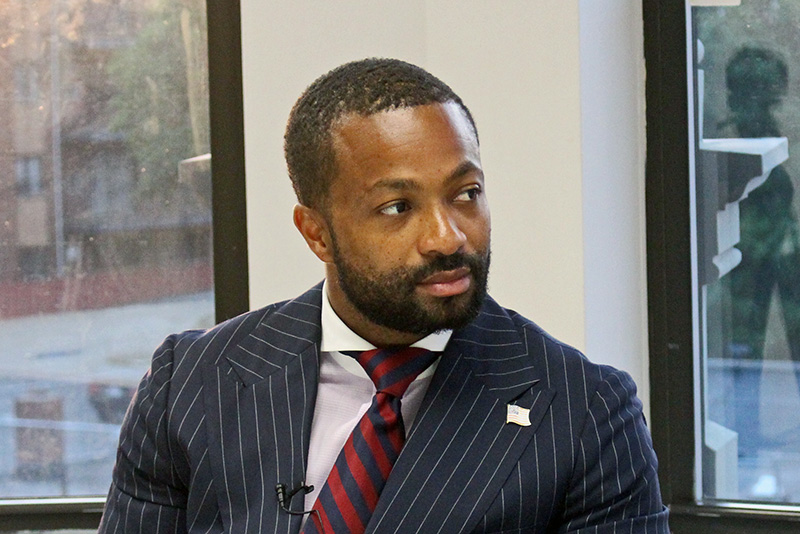 Mayor Martin Walsh last week announced the City of Boston will reactivate the Human Rights Commission. The Commission will be led by Executive Director Evandro Carvalho, an attorney who served for five years as a state Representative in the Massachusetts Legislature, representing Boston. Boston’s Human Rights Commission was established by City ordinance in 1984 to guarantee that all residents are given fair and equal treatment under the law. The Commission has not been active since 1996.

Walsh is charging the newly created commission to pay special attention to the needs of Boston’s immigrant communities. Both state and federal law provide legal protections and mandate that certain basic services be provided to all people, regardless of their immigration status.

The Human Rights Commission is a seven-member body appointed by the Mayor, which was originally created to receive and investigate complaints regarding discrimination relating to the workplace, housing, credit, education, public accommodations and other areas.

“I’m honored to be chosen by Mayor Walsh to lead the Human Rights Commission,” said Carvalho.” At this time in our country, I’m proud Boston has doubled down on our commitment to protect and advance the rights of all people.”

Born in Cabo Verde, Carvalho emigrated to Dorchester at the age of 15. A graduate of Boston Public Schools, Carvalho graduated at the top of his class at Madison Park High, and went to earn degrees from UMass Amherst and Howard University School of Law.

Carvalho began his legal career doing high level internal investigations of large companies and complex litigations at the law firm WilmerHale. Later, as an assistant district attorney prosecuting gun crimes in Boston, he saw firsthand the cycles of poverty and violence that put young men and women in the Criminal Justice System. Most recently, Carvalho represented the Suffolk 5th District in the Massachusetts House of Representatives. He, his wife Ashley, and their daughter Eliana currently live in Dorchester.

Read the original article in the Bay State Banner, here.