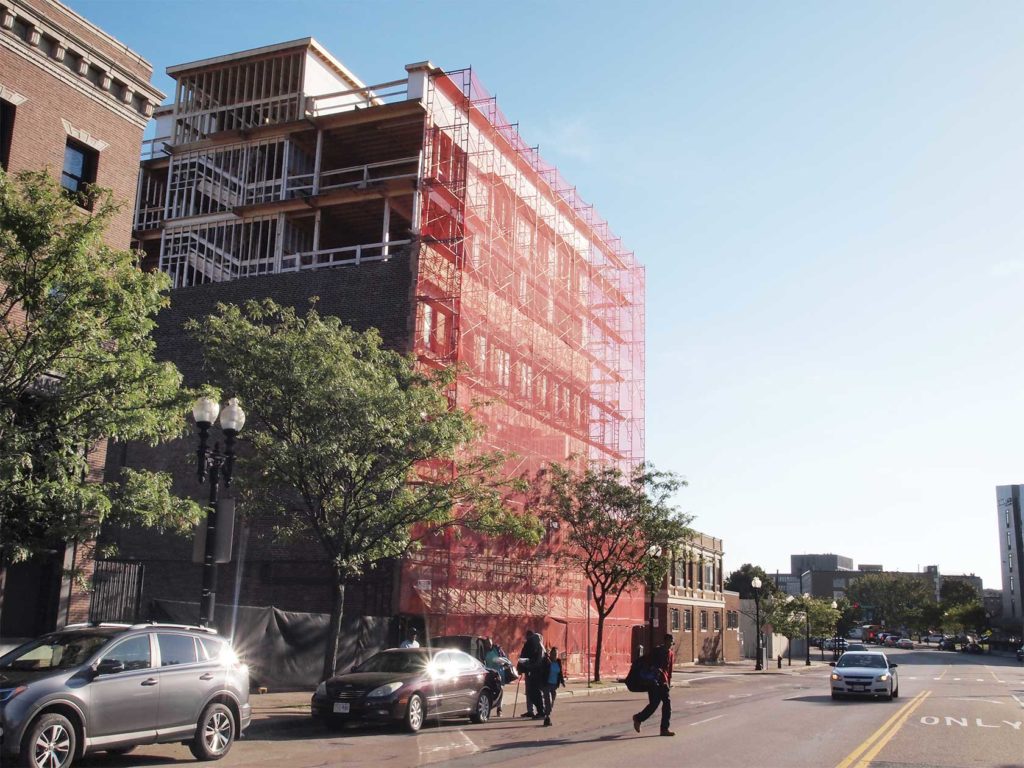 Real estate development is continuing apace in Boston, with new construction pushing deeper into the city’s outer neighborhoods as land downtown has become prohibitively expensive, according to officials from the administration of Mayor Martin Walsh.

The pace of housing production in Boston is being driven by population growth that is by 2030 expected to add nearly 60,000 new residents to the Boston population, which this year is thought to have surpassed the 700,000 mark.

“The building boom we’re witnessing in the city of Boston over the last several years is fundamentally about a demographic boom,” said Boston Planning and Development Agency Director Brian Golden. “The population continues to grow, therefore the production of housing must grow.”

Golden said the city’s population has grown by more than 7,000 people every year since Walsh took office. The number of people moving to Boston is probably higher, but is offset by people who leave.

“People are certainly leaving, but there are more coming than leaving,” he said.

Golden said the city’s job market is the biggest draw for new Bostonians.

“The knowledge-based economy that is Boston in 2019 is capable of absorbing significant numbers of highly-educated workers,” he said. “We’re now the largest bio-tech, life sciences cluster in the world.”

“We really are seeing a trend where developers are looking at less costly land, but also where there’s good transit,” noted Department of Neighborhood Development Director Sheila Dillon, who serves as the city’s housing chief.

Among other findings from the city’s housing report:

“It goes without saying that these market-rate rents look too high to all of us,” Dillon said. “We’re encouraged that the market seems to be stabilizing, but we also feel compelled to build housing that is affordable to our lowest-income households and middle-income households. We’ll keep working on it.”

When Mayor Martin Walsh was asked whether he would support rent control, he said he is open to a discussion on specific measures.

“It’s something that we have to have a conversation about,” he said. “There are so many different forms of rent control. It’s not a simple tool to use.”

Walsh said he would wait so see proposals from the City Council.

Golden noted that the BPDA has undertaken 13 planning initiatives in Boston neighborhoods to solicit community input on the future of development in those areas. Among those processes have been the PLAN: J.P./Rox process that re-zoned the areas around Jackson and Egleston squares and Forest Hills, and the ongoing PLAN: Glover’s Corner process.

“We’ve been doing very aggressive planning efforts in really an unprecedented fashion,” Golden said. “This much planning has not been going on in our neighborhoods in a very long time.”

Read the original article in the Bay State Banner, here.