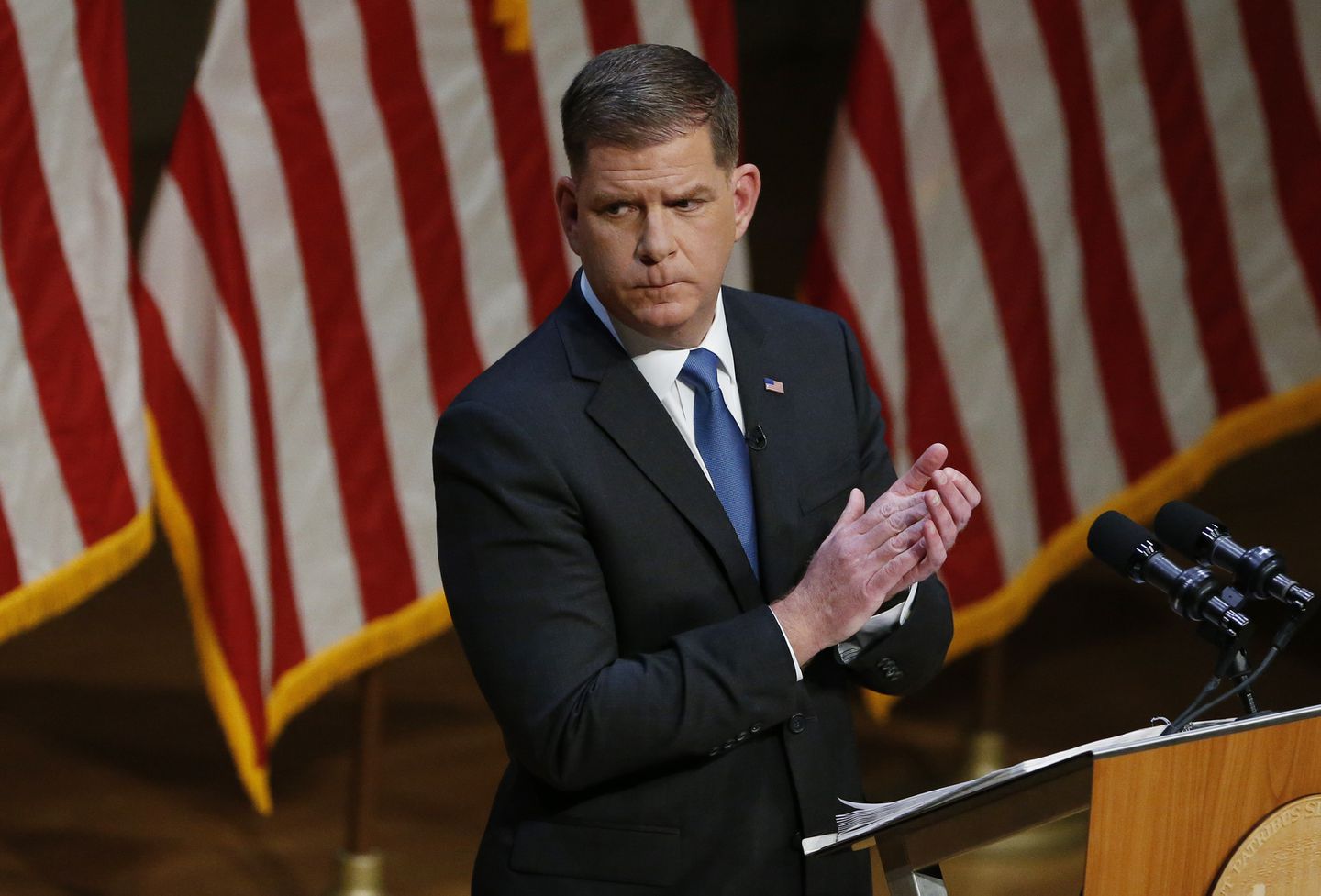 As Mayor Marty Walsh delivered his State of the City speech Tuesday night, he spoke to a city markedly different than the one that first elected him.

Sure, Boston was a city in transition even in 2014. But the cranes that dotted the skyline then were only a harbinger of the younger, more affluent, more progressive city Boston has become.

Can Walsh be a leader for what’s been described as “Boston’s New Gilded Age?’’ Will this era of unprecedented prosperity lead to lasting progress?

Walsh may have offered some answers Tuesday night with a speech that indicated a willingness to think big about how to address some of the pains that have come with progress. In housing, education, and transportation, the mayor advanced ambitious — and expensive — ideas that, if enacted, could begin to form the core of his legacy.

Boston stands to benefit from the state’s Education Reform bill passed last year at the State House. But Walsh also pledged $100 million in new revenue, over three years, for what he called “direct classroom funding.” He said some of the money would go to support the city’s underperforming schools, of which there are too many.

The mayor also pledged to open the city’s coffers to address housing. Promises to create more affordable housing have been a regular feature of State of the City speeches throughout Walsh’s time in office, addressing a shortage that Boston has struggled to address.

This year, Walsh promised to spend $500 million over five years to create thousands of units of affordable housing.

Where will $500 million come from? Well, the city plans to sell the Lafayette Garage near Downtown Crossing, providing a chunk of it. More millions could come from benefits of a “transfer tax” — a fee on real estate transactions over $2 million — that requires approval by the state Legislature. The fate of any home-rule petition on Beacon Hill is anyone’s guess, but the idea of tying big-money transactions to creating more affordable housing is a good idea.

All of this is made possible, we were told, in a bit of bragging, by the city’s excellent fiscal health. Years of prudence have left the city able to spend big on the issues shaping the city. Left unsaid was that Walsh’s record of spending responsibly is not what was initially expected from this labor activist-turned-mayor.

Still, the fact that the transfer tax originated with the City Council, not the mayor, says something about where things stand for the Walsh administration halfway through its second term. Over the past couple of years, the council has gained at least equal footing with the mayor as a generator of important policy ideas. Who remembers that ever being true before?

As Walsh turns the corner into the rest of this term — and, I’m told, a bid for a third term — there’s some pressure to show that he can think bigger and accomplish bigger things.

The latest City Council election reflects a restless and progressive electorate. If Walsh wants to head off such progressive ideas as getting rid of the appointed school committee or abolishing the Boston Planning and Development Agency, he’s going to have to show that his approach can produce meaningful change.

There’s a palpable sense that Boston is in the midst of a big moment — one in which we will begin to figure out inequality or succumb to it; when our growth will either become a blessing or a traffic-choking curse; when we will save our middle class or watch it slip away.

It’s unusual to see these moments as they are occurring, but the remaking of Boston is happening right in front of us.

Is Marty Walsh the mayor for that Boston? As his speech Tuesday demonstrated, his political future may depend on how well he answers that question. His speech Tuesday began to answer it. Now he has to turn those words into action.