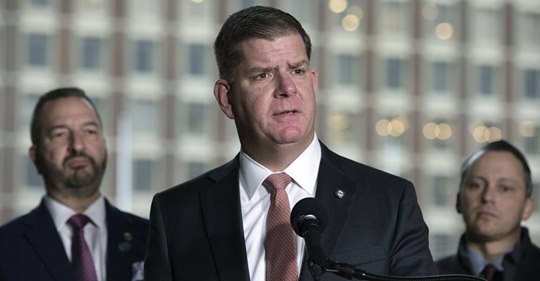 Boston officials have identified another 240 beds for homeless people as the city works to stop the spread of the coronavirus.

Mayor Marty Walsh announced the expansion Sunday after the first case of COVID-19 was confirmed among the city’s homeless earlier in the week.

“We are fully committed to protecting all of our residents,” Walsh said. “Every single life is worth saving.”

Suffolk University will provide 172 of those beds in one of its dorms, Walsh said. Another 70 will come from a shuttered hospital on Commonwealth Avenue in Brighton.

According to the Boston Public Health Commission, there have been 614 confirmed cases in the city and two deaths. Another 47 people have recovered.

Get all our coverage on coronavirus here.

The additional facilities will ease the burden on homeless shelters across the city and allow them to practice more social distancing. The mayor said that more facilities would open in the coming days and that there would soon be 550 new beds for the homeless.

Walsh also expressed disappointment at reports of people continuing to gather in groups and play team sports in city parks.

“This is not social distancing,” he said. “We are taking new measures to stop anyone from engaging in actions that will put others at risk.”

He said that authorities would start putting zip ties on basketball hoops and chaining the doors to sports facilities, though a complete closure of parks would be a last resort.

Parks would continue to be open for “passive exercise” such as running, Walsh said. But sports such as basketball and soccer currently banned.

He said that authorities would start putting zip ties on basketball hoops and chaining the doors to sports facilities, though a complete closure of parks would be a last resort.

The mayor also said the Boston Public Health Commission, in partnership with the East Boston Neighborhood Health Center, opened a facility at Suffolk Downs on Saturday dedicated to the testing of first responders and ended with a plea for unity among Bostonians.

“I want to stress how important it is that we treat each other with compassion and respect right now,” Walsh said. “This is how our city is going to get through this crisis.”