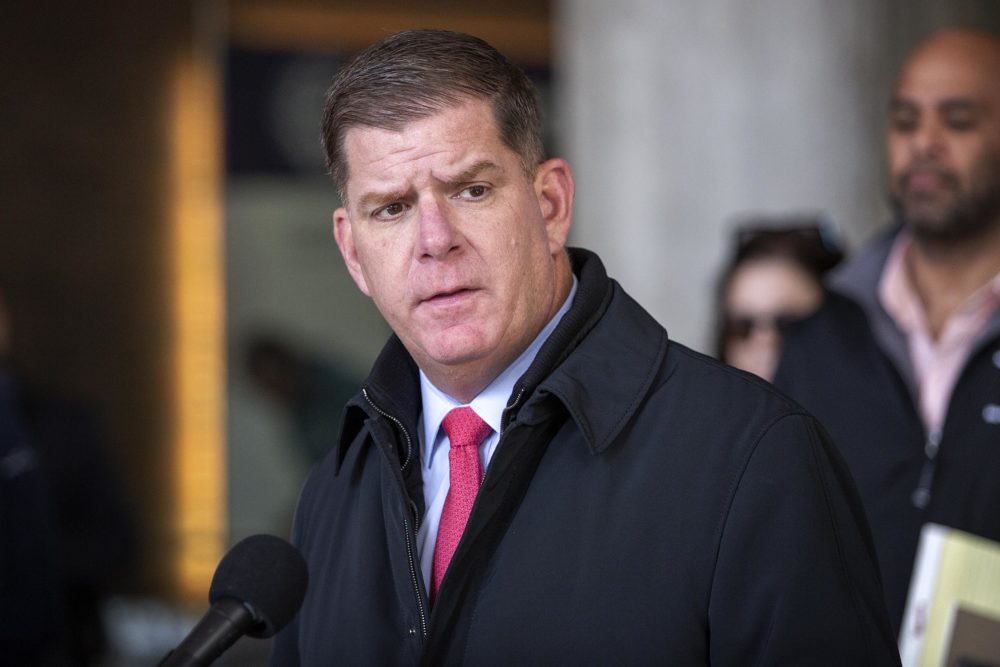 Boston Mayor Marty Walsh announced Wednesday that the Boston Resiliency Fund, a fund he announced last week which will help the city focus efforts to raise funds and provide services for Boston families, had surpassed its original target of $20 million in a little over a week.

“That’s an incredible testament to our community,” he said. “We’re already using these fund to buy thousands of Chromebooks. We now have over 18,000 of those laptops in our students hands, and we continue to distribute those laptops to our kids in Boston.”

He said the fund will keep growing and that the city has started to release $5 million in grants to local organizations.

Find all our coverage of the coronavirus here.

Walsh also touted efforts that are being made to help hospital workers get to and from work. There are now discounted rates in commercial parking garages and free monthly passes to Bluebike for hospital staff, he said.

While the bikes are being disinfected regularly, the mayor suggested wearing a pair of gloves while using a Bluebike. He also announced that the MBTA is adjusting commuter rails schedules to get more trains into Boston for the 7 a.m. shift.

While Nantucket announced its own shelter in place orders, Walsh said the city is not taking that step yet but also not ruling it out.

“We don’t have to take the next step if people just abide to the rules of going out just for essential products and staying in the home,” he said.
He said that The McChrystal Group, a consulting firm the city has hired to help it respond to the outbreak, is helping to prepare for a potential shutdown of the city.

“I think at this point, right now, I can’t be clearer: People need to understand the importance of … staying at home,” he said. “We can literally almost stop the spread if people do that disciplined enough.”

He added that officials are anticipating a large increase of coronavirus cases in both Boston and the state over the next several days.
Walsh also talked about his order to lift a local ban on plastic bags during the emergency.

“Our businesses need flexibility right now to serve their customers,” he said. “So restaurants, pharmacies and other essential stores can offer paper and plastic bags, no charge to customers. So we’re going to do everything we can in the immediate, right now, to help our businesses to be successful and to keep them open and we’re gonna continue to [keep] working with them.”

The mayor also pushed back on messaging that suggests that the economy is the most important factor in play right now.
“Our focus in Boston and what should be in the country right now is on public health,” he said. “It’s on listening to our medical community. It’s about doing the right thing, now and in the difficult weeks ahead”

“There is no economic recovery without public health,” he added. “And there’s only one way through all of this and that’s to test our resolve and Boston certainly has what it takes.”